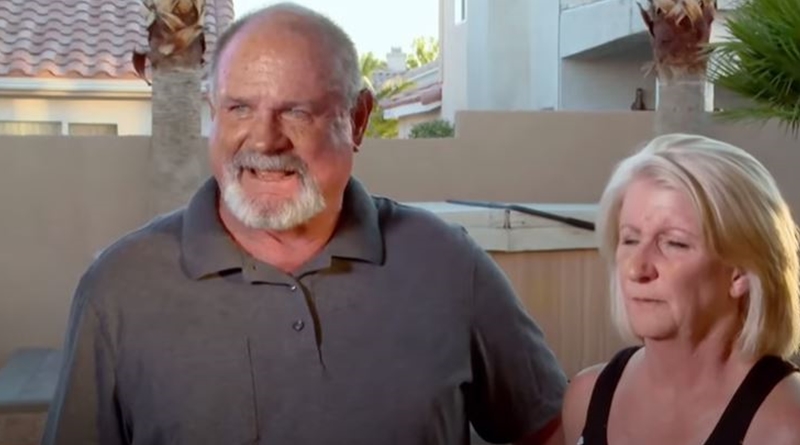 Love After Lockup premiered on July 17. The new cast members include Jessica and her man, Maurice. Her backstory is that they met “on the dating app Plenty of Fish,” we reported. Maurice is a prisoner, and he’s a black man. As far as Jessica feels, Maurice really is her “dream man.” But, fans think her parents and sister hold reservations about him simply because he’s black. The show only just started and already, critics level accusations of racism at Jessica’s family.

Everyone knows that with the current protests and strong rise of the Black Lives Matter movement, that it extends to the cancel culture. TV networks get checked and scrutinized on social media as people sniff for a hint of racism or a lack of diversity. Certainly, WEtv can’t be called out for a lack of diversity. After all, they brought people of different races to our screens for some time now. But, racism could factor as a problem this season.

The furor all rages over Jess and her parents. Certainly, when somebody’s daughter announces they date a convict, the parents become somewhat anxious. The family never said they disapprove of Maurice for being black. But critics of Love After Lockup think they perceive a tone of racism. Meaww explained in their recap, that “Maurice is a black man serving time (7 years in total) for first-degree burglary and he and Jessica have been dating for four-and-a-half years.” But Jess believes that he’ll be a reformed character as he also has a daughter.

The show revealed that Maurice and Jess actually married in prison. When Jess told her parents she married Maurice, she said that her “mom cried.” Meanwhile, her father told her “you gotta be careful,” noting that she really doesn’t “know this guy.” Her dad said he didn’t support her decision as “this guy’s in prison.” He also said her marriage decision came as the “last thing he expected.” Notably, he never mentioned the color of Maurice’s skin.

Some fans of the show agree with Jessica’s dad. One wrote, “I cant believe this woman says this man is her dream guy. Girl he’s in prison.” However, critics of Love After Lockup decided that her parents hate Maurice for being black. In fact, they outright assumed their feelings stemmed from racism. As the premiere unfolded, fans of the WEtv show took to Twitter and vented their feelings. One critic said of Jessica’s sister, “Who is going to tell Jessica that her sister doesn’t talk to her because Maurice is black and her sister is more than likely racist?”

Others also suggest that they detect racism from Jessica’s dad. One wrote, “Jessica‘s parents are giving me racist vibes but OK…I feel like they are a bad edit away from saying something out of line.”

What is Jessica’s sister’s problem? What the hell does Jessica dating a black man has anything to do with her? #LoveAfterLockup

Did you watch the show? Do you think that Jessica’s parents react in a racist way? Or would any dad worry about their daughter marrying a criminal in prison? Sound off your thoughts in the comments below.