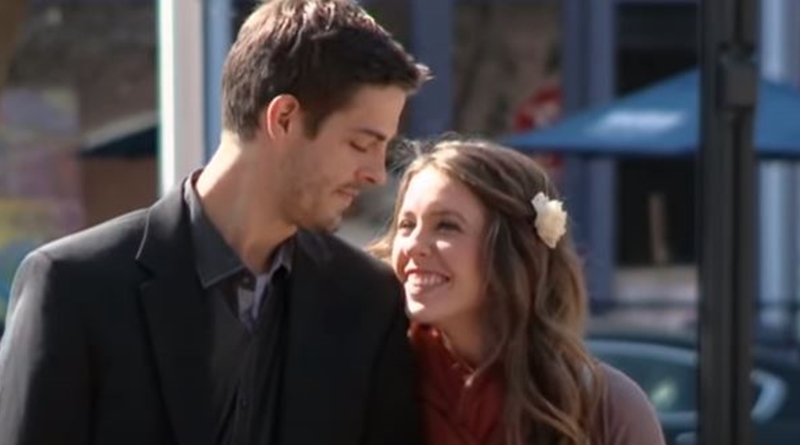 Jill Dillard often shares recipes with her followers on Instagram. But this weekend, she shared one and then explained the origin of it. The sentimental soup takes her back to the days when Derick worked in Nepal. And, it looks and sounds like a delicious meal. Over on her Instagram, Jill shared a Story, and the swipe-up link revealed the backstory to the Himalayan noodle soup.

Fans know that Derick and Jill did missionary work in other countries. After marrying, they went to South America. Before they married, Jill’s husband worked and live in Nepal. Actually, they both enjoyed their lives outside of the USA. And, they don’t rule out the possibility of doing more work like that. Recall that when Derick lived in Nepal, Jim Bob Duggar chaperoned her visit there. In those days, they shared a long-distance relationship for a while.

Meanwhile, Jill Duggar Dillard went off to study as a midwife. That’s where the 19 Kids & Counting alum heard about the soup. On the Dillard Family Blog, Jill said that a fellow student told her about the soup. When her fellow students heard that Derick lived and worked in Nepal, one of them suggested a Tibetan Thukpa. That way, Jill could get an idea of the sort of food Derick might eat over there. Her friend Lindi “previously lived in Tibet,” Jill said. In fact, the girls ended up calling it “Derick’s Soup.” To this day, she makes it for the family.

What is Tibetan Thukpa?

Chicken.ca describes it as “a Himalayan noodle soup.” Sometimes, they serve it with chicken or meat. Apparently the word “Thuk” means “heart.”Common in Tibet, travelers also find it in “Bhutan, Tibet,… and some parts of India.” Jill noted that many “versions of Thukpa and Thentuk” exist. But, the recipe they make originated all those years ago with her friend. And, she notes that vegetarians might enjoy the fact that people could make it without the meat if they want. Jill revealed all the ingredients she uses and how people should cook the soup.

But, taking it a step further, Jill Dillard even makes her own noodles for the soup. The basic ingredients include garlic, tomato, meat, olive oil, and lots of onions. Plus, she uses fresh Cilantro or Coriander. Healthline explains that in the USA people use the “Spanish” term “Cilantro” to describe “Coriander leaves.” Most Americans know that, but Jill’s followers come from all over the world. Jill added a “fun fact.” She said that sometimes, they “listen to music” from Asia when they eat the Tibetan Thukpa soup. It sounds like Jill and Derick enjoy the occasional sentimental meal to the full.

What do you think about the sweet sentimental story behind Jill Dillard’s Tibetan Thukpa? Sound off in the comments below.