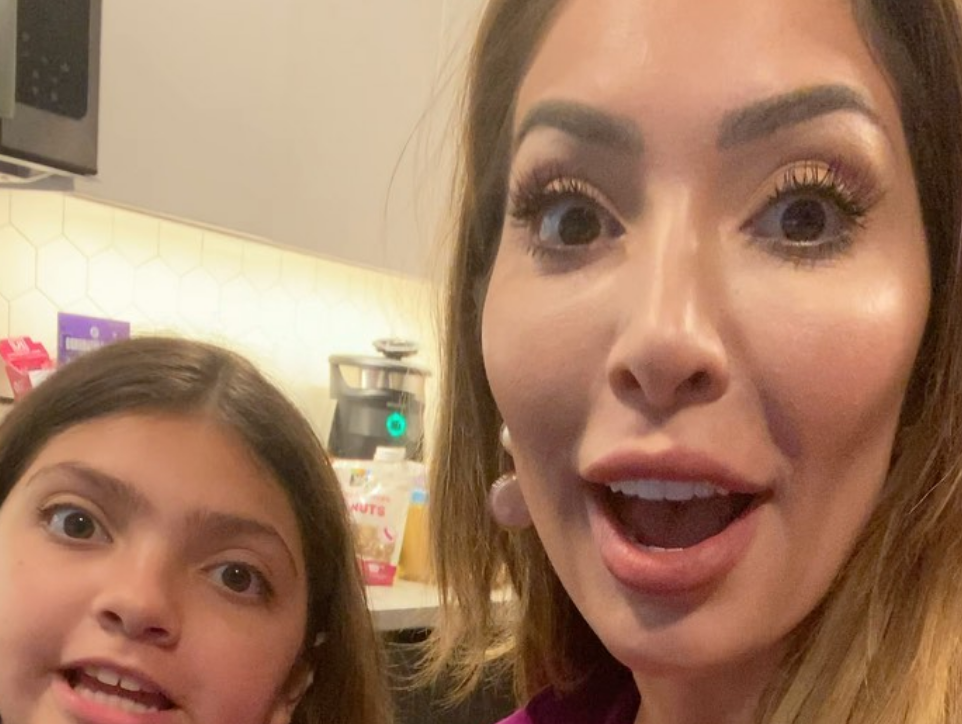 Teen Mom alum Farrah Abraham gets a lot of attention on social media. She isn’t afraid to show off her body in her Instagram posts. She shared the details, revealing that she had “sports players” reaching out to her in her DMs on Instagram.

Which photo prompted these DMs?

Farrah was recently on Us Weekly‘s “I Can Explain.” There, she chatted about a particular photo that brought a lot of attention her way.

The photo in question is of Farrah Abraham looking out a window in Paris, France. The Eiffel Tower is visible behind her. The Teen Mom alum is wearing nothing but a bathrobe. This picture was taken when Farrah and her 11-year-old daughter Sophia took a trip to Paris together.

She says, “So I was in Paris and guess what? Sophia’s first trip was Paris. She had her first, like, fantasy dream, princess girl Paris photo shoot. And she chose that hotel. I absolutely adore the bright blue skies, the flowers in our windows. ”

This trip was a while back, and the photo was posted in September 2019. But, Farrah still brought it up in the recent chat.

Farrah Abraham talks about ‘sports players’ in her DMs

Farrah later mentioned how she got a lot of attention from the Instagram post. She explains, “I was like, ‘I have to get myself in this robe’ and that literally went viral and I cannot tell you how many sports players reached out to me after seeing that post.” She doesn’t identify who these players are or what they said. But it seems like the photo definitely piqued their interest.

In addition to receiving DMs on Instagram, she also received a lot of comments. The photo has over 540,000 views and over 21,000 likes. Farrah has 2 million followers on Instagram, so plenty of people see her posts. Typically, she receives a few thousand likes. So, it’s safe to say that the Paris picture is a hit.

Many of her followers shared comments, talking about how beautiful she looks. Others left fire and heart-eye emojis over the photo. Some of her followers were a little bit upset that she’s influencing her daughter negatively. She often faces backlash for the things she posts, especially because it’s likely that her daughter takes the photos.

For the latest Teen Mom news, check back with TV Shows Ace.