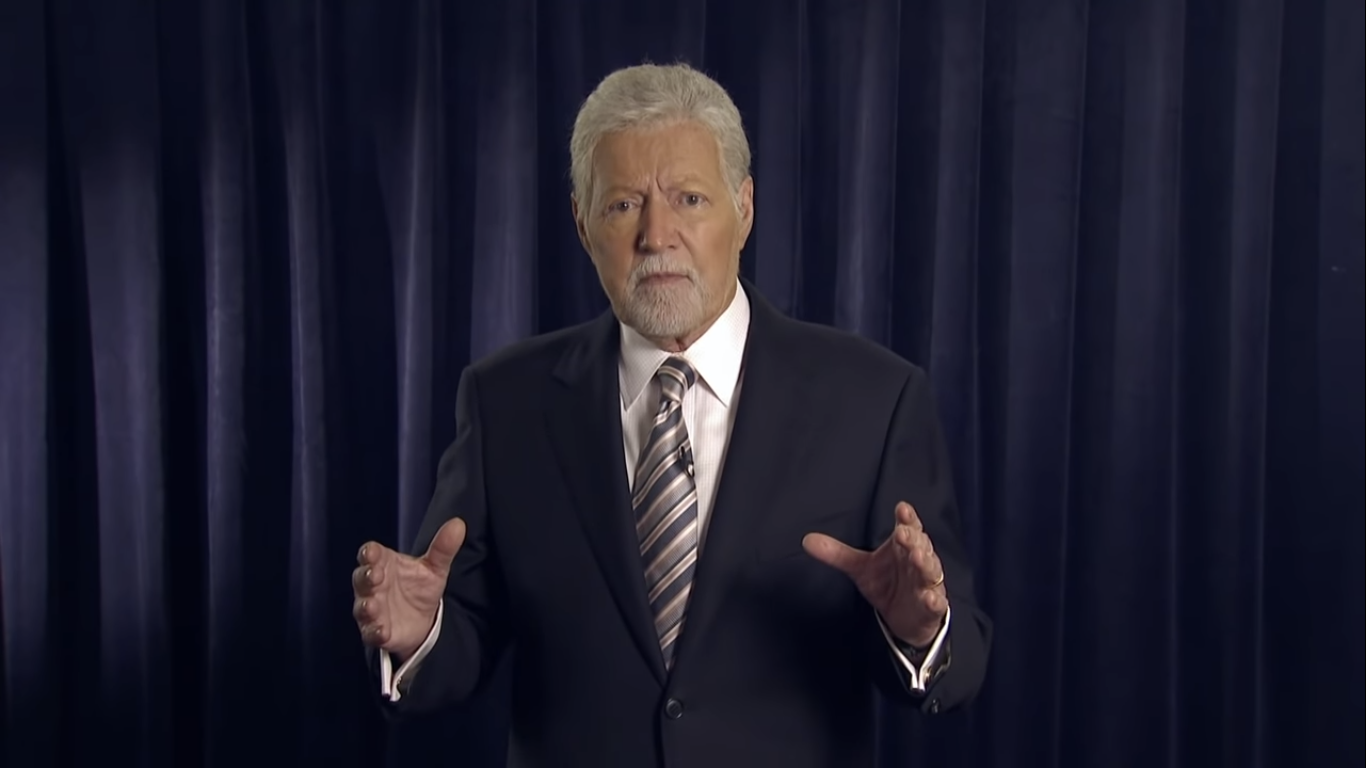 It’s been a rough 12 months for game show host, Alex Trebek. The Jeopardy! host was diagnosed with stage 4 pancreatic cancer in March 2019. For now, he reports he is doing well. However, if this next round of cancer treatment doesn’t work, he plans to cease treatments altogether. Trebek told The New York Times that taping episodes of Jeopardy! is helping him build up strength.

“Oddly enough, when we started taping I suddenly started to regain my strength,” Trebek said, “It’s the strangest thing. It is some kind of an elixir.”

Jeopardy! is on hiatus due to the pandemic, but Trebek keeps busy by recording openings in his home. You can learn more about that in a YouTube video he recently put out:

The prognosis for pancreatic cancer generally isn’t great, but Trebek fights it well. He celebrated making it one year from his diagnosis in March this year.

“I am doing well. I have been continuing my treatment and it is paying off, though it does fatigue me a great deal. My numbers are good. I am feeling great,” he says.

During his cancer treatment journey, Trebek faced highs and lows. He told People his first round of treatment went remarkably well. But when his numbers went back up, he underwent more chemo. As many of us know, chemotherapy can certainly take a lot out of a person. Trebek has a lot of fighting spirit left in him, but says he will stop hosting Jeopardy! when he feels he can’t deliver a quality performance anymore.

The Future of Jeopardy!

Fans speculated Trebek plans on retiring somewhere in the near future. These rumors came after the show host admitted he imagines his final show in his head from time to time. Of course, we all know Trebek can’t host Jeopardy! forever. He will have to retire at some point. Who do you think will make a good replacement? Let us know in the comments. Hopefully, we will still have Trebek around for a long time.

If this round of cancer treatments fail, Trebek says he will no longer continue to seek treatment. We understand of course, but tuning into Jeopardy! will definitely not be the same as it once was. Trebek has had a long, wonderful career hosting Jeopardy! and he thoroughly seems to enjoy his work.

We wish Alex Trebek a speedy recovery! We sincerely can’t imagine anyone else hosting one of our favorite game shows. He’s hosted the show since 1984. Thank you, Alex Trebek, for giving us 36 wonderful years. TV will never be the same without you.

Make sure to regularly check back with us for all the latest TV news and happenings. TV Shows Ace is always here to bring you the news.