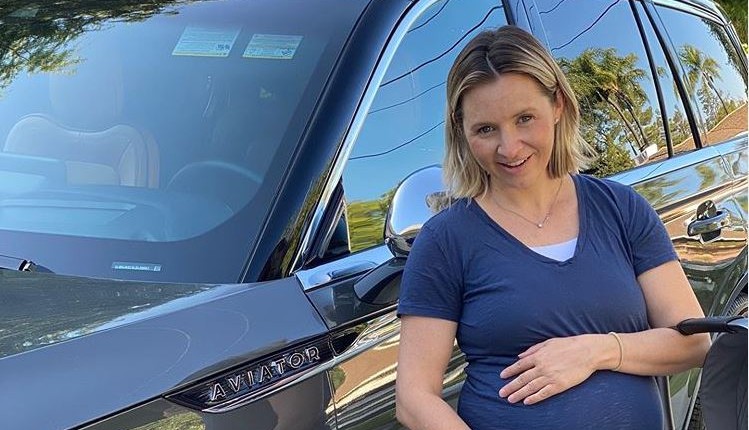 It’s a new baby girl for 7th Heaven star Beverley Mitchell. This is the third child for Beverley and husband Michael Cameron. The birth of daughter comes following a miscarriage she suffered a few years ago.

The actress announced her daughter’s birth on Instagram earlier today. US Weekly shared the details about Beverley and Michael’s new bundle of joy. She shared a photo of their birth announcement and said, “Happy to share with the world our sweet little girl, Mayzel Josephine. @littlemissmayzie has captured our hearts and we couldn’t love her more!”

The announcement shared that Mayzel was born weighing 6 pounds, 2 ounces. She was 19 inches long. Mayzel already has a loving big brother, Hutton and big sister, Kenzie. Mayzie, as they nicknamed her, was born during the second week of July.

A proud family of 5!!!! Wow, never in my wildest dreams would I have predicted this growing up! I met my soul mate, Michael and we have created the most amazing family! My hearts 💖💖💖💖 Michael, @iamkenzielynne @callmehutt @littlemissmayzie #familyof5 #love #momlife thank you 📸 @lingerphotography for capturing us so perfectly! Tap for details

Beverley shared back in March that they were expecting baby number 3. This is was exciting for her and her family for many reasons. The biggest reason being that Beverley had miscarriage twin in 2018. The loss was devastating and she and Michael decided they were not going to put pressure on themselves to conceive again. They decided if it happened then they are so blessed. And, if it didn’t happen they were also blessed because they already had two adorable children.

When she announced her pregnancy she said, “We finally got our gold at the end of the rainbow!!!! We are pregnant with our rainbow ! … The road hasn’t always been easy but it is so worth it! It has been far but scarier this time around but just got a great checkup so we are feeling lucky! Not going to lie I may have peed on quite a few sticks because I couldn’t honestly believe it! But sure enough they all said PREGNANT.”

Fans have been following Beverley’s pregnancy and anxious to see her new daughter. Along with the birth announcement, she posted a picture of their family of 5. She said, “A proud family of 5!!!! Wow, never in my wildest dreams would I have predicted this growing up! I met my soul mate, Michael and we have created the most amazing family!”

Congrats to her and her family on their newest miracle.