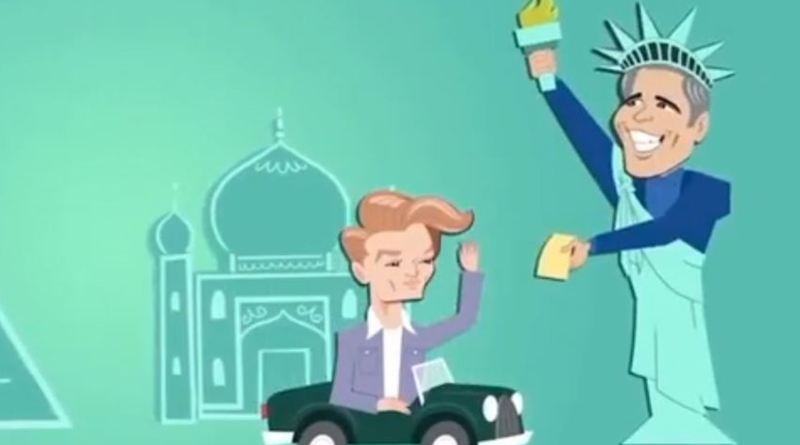 The Andy Cohen Diaries comes to Quibi on July 20. In the meantime, the trailer dropped. Now, more clips emerge online. The one about Tyler Cameron from The Bachelorette looks hilarious, people think. Andy said in the original trailer, that he reveals all sorts of things about loads of personalities.

We reported that the show comes as an animated series. The show features celebs like Celine Dion, Joe Giudice, and even George R.R Martin. And, in the new clips online, Tyler Cameron of ABC’s The Bachelorette. Andy also covers first-time parenting, apparently. The show looks and sounds like a lot of fun. And certainly, going by new clips of Tyler, it sounds hilarious, fans agree. The clips got shared on Instagram by the EverythingTylerCameron account.

They captioned the post with, “Andy Cohen gossips about Tyler on his new Quibi show…and it looks hilarious! These clips talks about the night they met up at the Seminole Hard Rock Hotel opening…Anyone else think he looked amazing in this blue suit? 👀.” They credited the clip to “@quibi and @tylerjcameron3.” One fan said, “He sure did look amazing in THE blue suit! 💗.” Another one noted, “A guy in a sharp blue suit gets me every time! 😍”

In the clip, Andy said he met up with Tyler. On the occasion, he asked him his chances of ranking on the “laid-o-meter.” Tyler put his chance at “80 percent.” After all, by then he’d broken up with Gigi Hadid. He mentioned that Tyler “seemed on a tour of personal appearances”  at the time. Andy said that he might have said 100 percent for him, but he didn’t want to frighten off Tyler. He guessed Tyler might never text him again.

But then, the Andy Cohen Diaries shows Andy saying Tyler called him up later. But, he was “already in bed.” Entertainment Weekly carried a story about the clip. The article said that they saw an “exclusive preview…from one of the six episodes, where he attended the opening of Hollywood, Florida’s Seminole Hard Rock Hotel & Casino on Oct. 26, 2019.” Apparently, the celeb-packed attendees also heard about a famous person that Andy farted in front of. The Andy Cohen Diaries seems like it will be a success.

You might not know that Tyler Cameron’s an extremely eligible bachelor. He featured in Hannah Brown’s season of ABC’s Bachelorette. Later, she flicked him off for Jed Wyatt. But, she and Tyler went on an all-night date after she dumped Jed. Next thing, he popped up with Gigi Hadid. Tyler already featured as the barman in one of Andy’s Watch What Happens Live episodes.