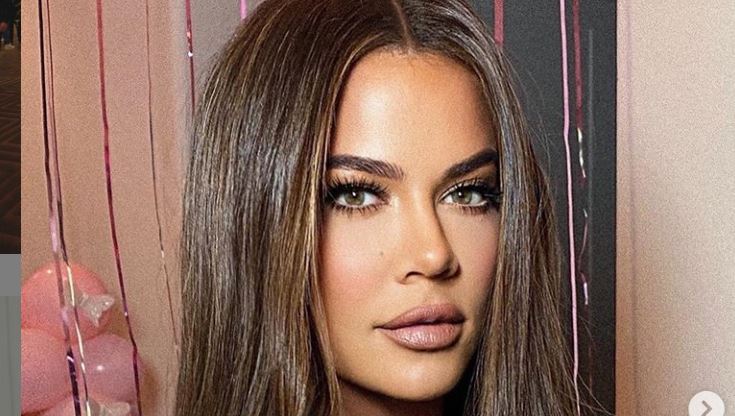 Khloe Kardashian has been making the rounds lately doing promo work. However, it also gave her a chance to gush about little brother Rob Kardashian. Khloe says Rob is feeling like a new man after he lost a substantial amount of weight. The Good American founder bragged on her brother in a new interview on Friday. Discussing the bond the two share and his weight loss journey.

Khloe Kardashian told E!’s Daily Pop, “Him and I have always been so incredibly close.” The reality star revealed that she and Rob spend time together often. Because, to”respect his privacy,” she doesn’t always post them hanging together on social media. However, fans were ecstatic to see Rob in Khloe’s birthday bash pics on June 28.

Khloe Kardashian’s birthday bash brought her brother out sharing, “he just, I don’t know, was feeling himself —as he should — at my birthday. He was fine with us posting a flick of him. He’s so handsome, he’s such a good person and I just love him,” says Khloe. “And I love that he’s getting a positive response because it’s just gassing him up more. It makes him feel really good and confident. That’s all I want for my brother, is to feel good about himself.”

Thankfully, fans have not seen the last of Rob Kardashian. Khloe Kardashian revealed in a current interview that viewers may see Rob in upcoming episodes of Keeping Up with the Kardashians.  The mom of one said, “My brother’s coming back around to filming. He’s feeling more confident and comfortable,” She revealed, “I think he just, you know, started a whole new season, so here we go.”

Showing All The Haters

Khloe Kardashian isn’t the only one proud of her little brother Rob. In October the Author George CEO was gearing up for his comeback to the small screen. A source told In Touch, “he still prefers to stay out of the limelight, but his mom and sisters, especially Kim Kardashian, fully support his progress now.” According to the source, “It’s still an uphill battle, but Rob is determined to show all the haters that he’s not down for the count.”

Khloe Kardashian posts fitness selfies all the time. Apparently, Khloe’s strict fitness regimen is rubbing off. The single dad first posted to Twitter about his weight loss journey back in 2019. “Day 1 all good,” he captioned a photo in the gym. Since then, he has kept up the hard work. It’s good to see Rob Kardashian happy and healthy. Hopefully fans will get to see that on the small screen when the new season begins.

You can stream all the seasons online or watch Keeping Up with the Kardashians on E! when it returns in the fall.

Candace Cameron Bure’s Mini ‘Fuller House’ Reunion Has Fans Talking
‘The Young & The Restless’ Spoilers, July 26-30, 2021: Phyllis Gets The Goods, Sally Panics
Jedidiah Duggar Packs On The Pounds, Katey Nakatsu To Blame?
‘American Pickers’: Frank Fritz Did Rehab Before Getting Fired
‘LPBW’ Tough Jackson Roloff Shows Dad What He Is Made Of