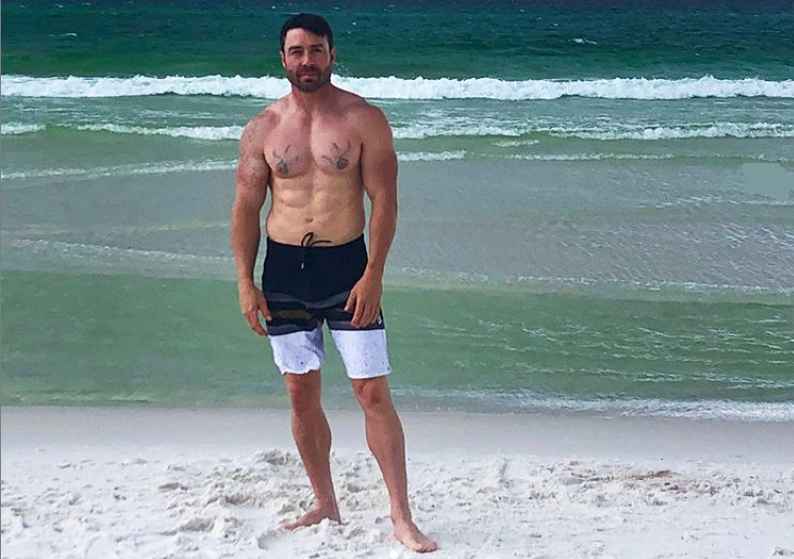 90 Day Fiancé: Before The 90 Days star Geoffrey Paschel has made a name for himself on the TLC reality show. While this is not exactly in a good way, he has admittedly kept fans entertained along the way. Geoffrey missed both parts of the Season 4 Tell-All. However, he has recently said his story isn’t finished yet. In fact, he hints he might be coming back to 90 Day Fiancé.

Fans have been left in the lurch, wondering if Geoffrey, 42, is still with Varya Malina, 30. Alternatively, is he with his other long-time friend/girlfriend, Mary? At the moment, under his NDA, Geoffrey cannot tell us. He didn’t appear on the Season 4 Tell-All due to charges of domestic abuse against him. Varya also stayed away in solidarity with Geoffrey. This is why fans have been left wondering.

In a recent interview with The Domenick Nati Show, Geoffrey opens up to say his “story is not finished.” In fact, he asks Dom if he wants to know something funny? Geoffrey then tells Dom he hasn’t yet cashed his check from TLC.

Is Geoffrey with Varya?

The 90 Day Fiancé season ends with Geoffrey and Varya becoming engaged. This leaves fans wondering if he will soon get married to his Russian fiancée. Malina originally turns him down when he proposes in Russia. She wants more time to decide. However, Varya memorably turns up in Knoxville, Tennessee and has an all-out fight with his friend/girlfriend, Mary. This time, Geoffrey proposes again and she says yes.

Rumors are he has returned to Mary since that time, but this has never been confirmed. As stated above, Paschel can’t exactly tell us, due to the NDA. Geoffrey has promised to release a tell-all of his own to give an update of his romantic status. Moreover, he promises the tell-all will definitely be worth the wait.

However, Geoffrey did shock and sicken female 90 Day Fiancé fans in his latest interview. He told fans and the world he has slept with 542 women over the years.

Was Geoffrey fired from 90 Day Fiancé?

During June, Paschel shuts down rumors he has been “fired” from the TLC Network. He says the rumors he was “let go” are false. Geoffrey does explain why he wasn’t on the 90 Day Fiancé: Before the 90 Days Season 4 Tell-All. He says this was due to his ongoing legal case relating to domestic assault, vandalism and interference with an emergency call.

During an Instagram Live with his rep Rocco Straz, Geoffrey says he wasn’t sad about missing the tell-all. He says there is obviously a chance he is still with Varya, or with Mary. He adds, “Whomever.” Geoffrey goes on to say having to leave fans like that and not be allowed to say anything is “really strange.” However, he does say maybe they have bigger plans for him which he is not aware of.

For her part, Varya hints that she had stayed away from the tell-all in support of Geoffrey. Again, due to the NDA, she can’t open up about the status of their relationship. However, as noted by In Touch, she does say that fans must “be patient and stay tuned” for more news. Malina says we will eventually know the truth as she doesn’t like to hide things about her life.