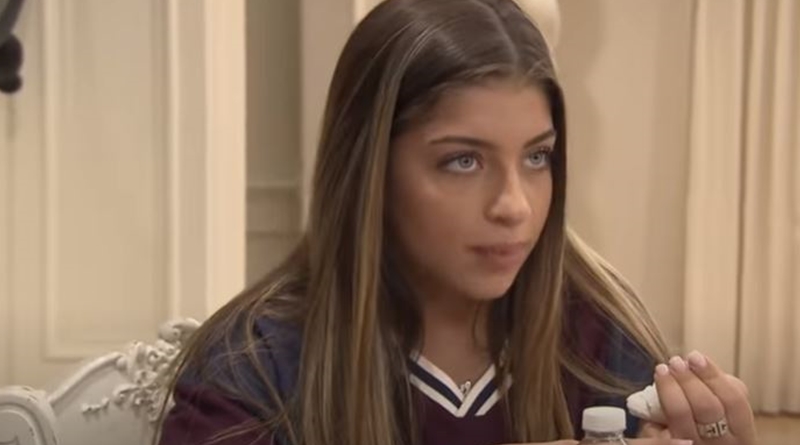 Gia Giudice and her mom Teresa clashed in Season 10 of Real Housewives of New Jersey. But, they moved on from that now. Gia, 19, announced she got a nose job and she loves it. And, it looks like her mom does as well. The news came via Instagram on Friday. For Gia, it’s a sign that she reached adulthood.

Gia shared a photo of herself with her mom. She captioned it with, “yes I got a nose job.” Then, she added that her nose is still “swollen.” Next, she thanked the doctor “who performed” the surgery. She said,”I’m absolutely in love with it😍.” Gia said that she feels like “an adult now,” before confessing some insecurities about her nose. But now, she says, “I’ve never been happier and so comfortable in my own skin!!” Well, fans always thought Gia looked very attractive. But, they seem happy for her.

Teresa Giudice responded to the post and told her she feels very “proud” of her daughter. Sweetly, she said to her daughter that she loves her “to infinity and beyond ❤️.” Teresa also told her daughter how she seems “beautiful inside and outside.” US Weekly reminded readers that previously, she told Gia Giudice and the others they could go for surgery. But, she insisted they reach the age of 21 first. So, it looks like she made an exception for Gia.

Plenty of fans love that Gia got her nose done. One said, “good for you sweetie! You don’t owe anyone an explanation. Your a beautiful person inside and out and that’s all that matters. 💕 (sic.)” Another one noted, “don’t hide it be proud of it. Most of us would do the same if we could afford it 😀.” Meanwhile, other fans referred to the fact that she misses her dad Joe and lived through the sad ICE appeals. A fan wrote, “thank goodness with the pressure she lives under.”

yes I got a nose job. yes I’m swollen. thank you so much @drtobiasnyc I’m absolutely in love with it😍 I am an adult now, this has been an insecurity of mine for a while and I’ve never been happier and so comfortable in my own skin!!

The stress that both Teresa and Gia Giudice went through actually caused some tension in Bravo’s Season 10 of The Real Housewives of New Jersey. Recall, Teresa seldom clashed with Gia. In fact, she held the family together during the whole legal battle. Obviously, everyone stressed when her dad appealed and lost his deportation case. The clash came when Joe and Teresa got into a bit of a spat on the phone. Teresa tried involving Gia who yelled at her. She felt that should stay between her mom and her dad.

Obviously, the family all got over it and moved on now that her dad looks set to remain in Italy. Also, news came that next season, Teresa Giudice starts dating again. Meanwhile, Gia might visit her dad later this year if it’s safe enough to travel.