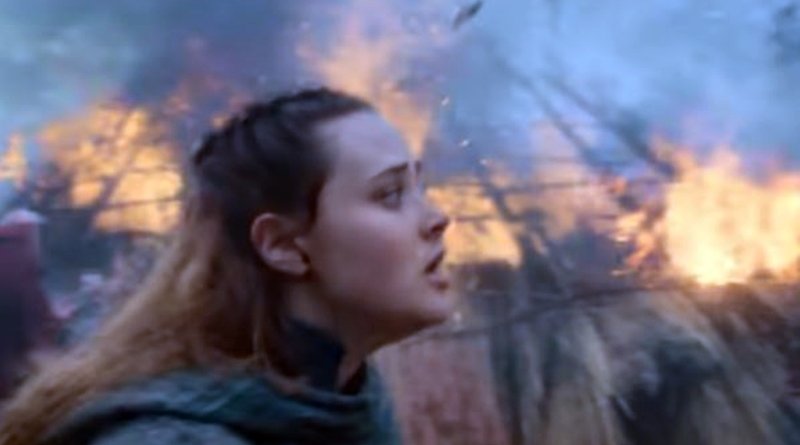 Cursed Season 1 premieres July 17 on Netflix. The streaming site describes it as “a reimagining of the Arthurian legend told from the perspective of Nimue (Katherine Langford).” The trailer looks great, but many fans complain that the dialogue in the trailer sounds too predictable.

Netflix doubled down on The Witcher and renewed a season last year. But now fans look to something else exciting. Netflix has done a pretty good job of bringing good TV in 2020. And, fans hope that Cursed delivers the promised gritty and absorbing show that Netflix advertises. The cast brings Katherine Langford, Devon Terrel, and Gustaf Skarsgard to the Fantasy TV Shows Category. Den of Geek noted that the show probably “generates a lot of buzz.”

The outlet points to the “much-needed female perspective.” Much of it focuses on the “story of Fey girl Nimue.” And this time, everybody’s childhood hero, Arthur looks rather weak, a move away from the traditional books and shows. Cursed basically brings an origin story for the Lady of the Lake. But obviously, Arthur is also featured. Great cinematography in the trailers reveals the potential for a good series on Netflix. But, the dialogue kills it for many people already.

Critics think the Netflix show might be overly predictable

Paid and professional critics of TV shows bring out reviews for most shows these days. But, the audience reviews often count as the most telling. Most of them who watched a couple of trailers love the editing and cinematography. But when it comes to the dialogue, they sound disappointed. In the trailer released two weeks back on YouTube, fans didn’t like the lines about “This is the only chance of survival.” And, the clichéd and often-used words, “This is war.”

As one critic of Cursed noted, “every word in this trailer seems old and predictable.” Another person commented, “The dialogue in this trailer is very cheesy and predictable. I’ll pass on this one.” Then, another one said, “Something about it this just looks off lol. feel like I’ve seen this before. looks like a low budget copy of the Witcher.” Someone else wrote, “If I was younger maybe I’d be interested. Feels like new “Shanara chronicles” from MTV. Not a good sign.”

Despite criticism, many people can’t wait for the first season of Cursed

Not everyone really cares about predictability. They saw a great teaser and a promising trailer. Many of them just love seeing more of Katherine from 13 Reasons Why. Also, many of them expressed their gratitude for more good content during the coronavirus epidemic. One Netflix fan noted, “It’s great that Netflix had all these amazing shows in their back pockets ready for COVID otherwise I probably wouldn’t even be typing this comment.”

What did you think of the trailer? Predictable or exciting? Sound off your thoughts in the comments below.