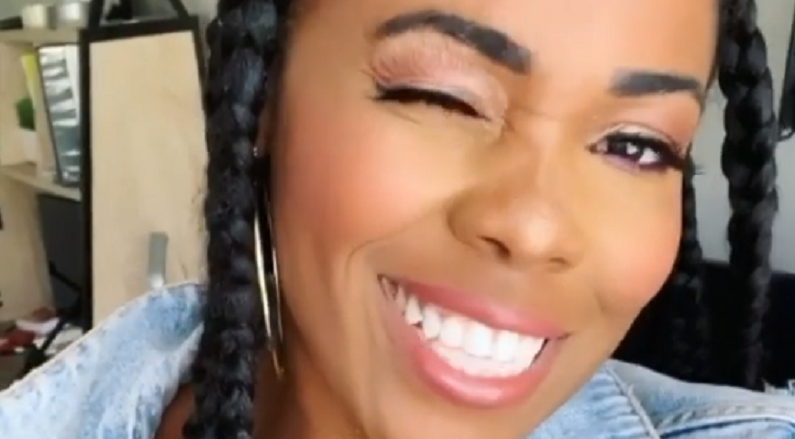 Bachelor alum Jasmine Goode now works at SUR. That tidbit has fans wondering if she would be open to joining the cast of Vanderpump Rules. They previously slammed the show for its lack of diversity. Even former castmate Faith Stowers talked about her experience with being the only Black woman on the show.

Like Pump Rules, The Bachelor has a diversity problem. Fans have been asking for the network to bring more diversity to its shows. Jasmine Goode appeared on Nick Viall’s season of The Bachelor. But nowadays, she’s working at Lisa Vanderpump’s restaurant. Even Scheana Shay invited her on her podcast on Friday, July 17 to chat about the Bravo series.

The former Bachelor contestant wouldn’t be opposed to appearing on the reality series. She feels that the show could use some diversity. The 33-year-old spoke to Scheana Shay about the possibility of them appearing on Vanderpump Rules.

“I mean, for me, it’s one of those things where if it makes sense at the time, sure. So maybe I would,” Jasmine said, as per Us Weekly. “I think it’d be great! One, I think it’d be great because you guys do not have anybody that looks like anything like me on the show. So No. 1, you need some [Black] representation there.”

We can’t wait to see you all again … but for now we must stay home et keep us all safe ! #stayhome #besafe #wemissyou

Jasmine even compared Bachelor to Vanderpump Rules. She’s a huge fan of both shows. One thing she loves about VPR is that it’s nothing like The Bachelor franchise, which is about love. She thinks it’s “so cool” that the cast gets to share their lives. The Bachelor in Paradise alum may have also dropped a hint that the production team may have reached out to her about returning to reality television.

“I’m friends with [the cast], of course,” Jasmine said. She revealed that she would “entertain” the idea of going on the show. “It’s like, if I’m filming, yes, I’ll film with Scheana. It’s not a big deal. … This is what we normally do.”

Earlier this year, Vanderpump Rules accused the show of lacking diversity. They also demanded the network to fire Stassi Schroeder and Kristen Doute after former costar Faith Stowers revealed they falsely reported her for a crime back in 2018.

It would make sense for Jasmine Goode to appear on Vanderpump Rules. She is already good friends with Scheana Shay. As per TV Shows Ace, fans previously slammed Scheana for posing with Jasmine on Instagram. Their reason was that she hasn’t hung out with a Black person since 2017.

The 35-year-old has been a cast member on the Bravo series since its debut in2013. She infamously slammed the show for her portrayal of a “boy crazed” and “middle-aged” waitress. While Jasmine may be interested in sharing her life on the show, she doesn’t want the show to consume her entire life.

I sure do have amazing friends. 💞 Thank you for all of the love & support you have given me this past week and always. (And that goes for all of you too!) 💗 Life isn’t always easy, but I think it’s important to talk about the tough times bc that’s what makes us stronger. New @scheananigans with @jamielynne24 is out now! And @jasminegoode_ will be back in the studio w me soon! Link in profile 🌈

“I’m so busy. That’s what I told them, like, I like to do things,” the former NFL dancer said on Scheana’s podcast. “But I want to use it. Like, if I’m gonna be on the show, I’m using this show for what I’m trying to do, not just to be the cool queen bee or the baddest b****.”

Jasmine made it clear that she wants to “be very real and authentic.” However, she’d be “scared” to appear on the show because she’s so “honest and I don’t give a s***.”

What are your thoughts on Jasmine Goode joining Vanderpump Rules? Sound off below in the comments section.