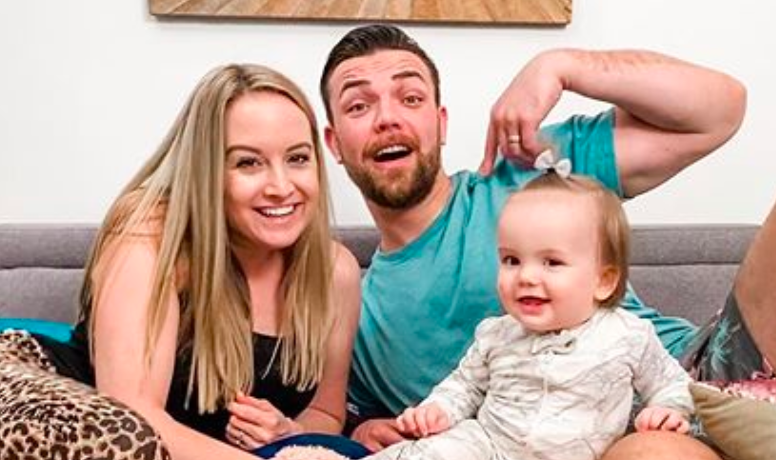 On this Sunday’s episode of 90 Day Fiancé: Happily Ever After? Elizabeth is converting to Andrei’s religion. She is taking the plunge and getting baptized. But it seems she is not at all excited for this new chapter.

Now, the 90 Day Fiancé stars have been in his home country of Moldova. They’ve been visiting the country because they have plans to get married a second time. Only this time Andrei’s family and friends get to attend.

However, this trip has been less than smooth.

This was a really bittersweet moment for me. I was so happy I found my dress but at the same time, Megan and Becky told me they weren’t able to join us in Moldova. It’s like, you want to be excited because it’s an exciting moment in your life but at the same time you feel selfish because you know others have to suffer. I love you Becky and Megan and would never purposefully leave you out! 😭👰🏼💕⁣⁣ #90dayfiancehappilyeverafter ⁣⁣ @beckylichtwerch⁣⁣ @cpsgirlmegan⁣⁣ @pamelaputnam1⁣⁣ @jaylyn_d⁣ @beareroftheblingbridal

A post shared by Elizabeth Potthast Castravet (@elizabethpotthast) on Jun 28, 2020 at 7:44pm PDT

Elizabeth and Andrei are back at it again. Of course, they are fighting due to Andrei’s amped up alpha male attitudes showing off in his home country. Their last fight popped off because Andrei made a comment saying that people from his country are more “energized” than Americans. And by people, he meant women.

Now, according to Entertainment Tonight, the drama continues this time around with a shocking revelation about their wedding location. Elizabeth learned that to get married at Andrei’s church, she must get baptized.

Elizabeth is not excited about this new religion

Surprisingly, Elizabeth agrees. ET continues to report that on their wedding day, Elizabeth tells the cameras that she is going to be converting to Andrei’s religion. But she can’t even think of the religion’s name. According to Andrei, it is “Christian Orthodox.”

Andrei later checks in on Elizabeth and asks her if she’s excited. To his dismay, her reply is a half-hearted, “Sure, nervous.”

But who could blame the 90 Day Fiancé star? This is an entirely new experience for her in a country that she is not very familiar with. Additionally, she is a strong independent woman, who does not often abide by traditional female standards. But for this baptism, there are a lot of traditional rules the woman must follow.

She later explained her feelings saying,”So, you cannot wear makeup, you have to wear a headscarf, you have to be dressed in all white and this is all new to me. This is like, literally another world.”

How the 90 Day Fiancé stars met

Andrei and Elizabeth were first introduced to fans during Season 5 of 90 Day Fiancé. They first met when Elizabeth visited Dublin, and ran across Andrei working as a bouncer. Currently, they live near Elizabeth’s family in Florida. But, it feels like nearly any time the 90 Day Fiancé stars are on screen there is another fight over gender roles.

What do you think of Elizabeth biting the bullet and agreeing to be baptized into Andrei’s religion? Let us know what you think in the comments below. Be sure to watch new episodes of 90 Day Fiancé: Happily Ever After? on Sundays at 8 p.m. ET on TLC.