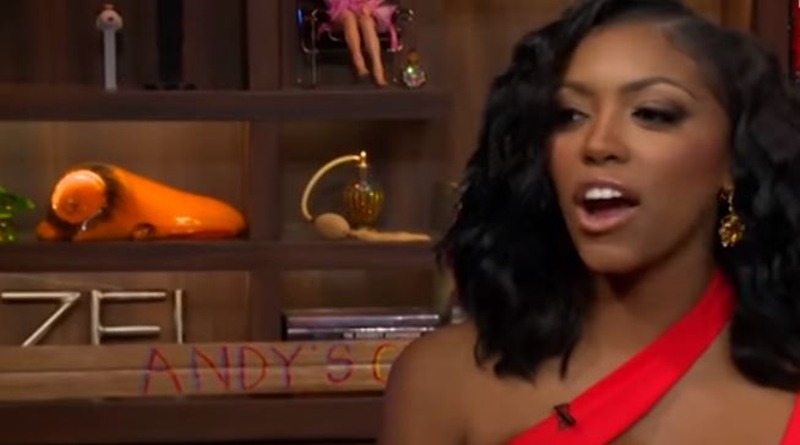 RHOA fans applauded Porsha Williams in May. She attended a peaceful protest in Atlanta in support of Black Lives Matter. Recall, “In some cities, the police joined the protesters,” we noted. While some protests turned violent, that one Porsha went to seemed peaceful enough. But, her arrest in Lousiville at a protest against the killing of Breonna Taylor got a mixed reaction from fans of Bravo’s Real Housewives of Atlanta.

US Weekly reported that Porsha got arrested along with 87 other people. Her sister Lauren took to Instagram and described Porsha as “fearless.” She added, “You mess with her people, you mess with her.” Porsha apparently took the death of Breonna Taylor “personally.” Like many there, she joined the protest in the hopes the shooters get “held accountable for their actions.” Many fans of Real Housewives of Atlanta loved her passion for justice.

The Blast reported that Porsha spent only a short time in jail. Her release came the next day and she shared a photo of herself with Breonna Taylor’s mom. But, as the circumstances of the arrest and the actions of the protesters emerged, more RHOA fans started slamming Porsha for it. Twitter sees many mixed reactions from fans. And, some of them actually adore Porsha on the Bravo show. An interesting viewpoint arose in the comments.

Many RHOA fans support Porsha and think she did a marvelous thing by joining the protest. Here’s what some of them said about it:

As you can see from those comments, not all of them like Porsha on the RHOA show. But, they love her participation in the protest. On the other hand, some fans who love the reality star slammed her for breaking the law.

Other people feel that Porsha Williams and her co-protesters overstepped the boundaries. They went onto private property. People feel that brings a non-peaceful threat as it also comes with intimidation. Here’s what a few of those critics said about it:

What do you think about Porsha Williams of RHOA and her fellow protester’s going onto private property during their protest? Sound off in the comments below.