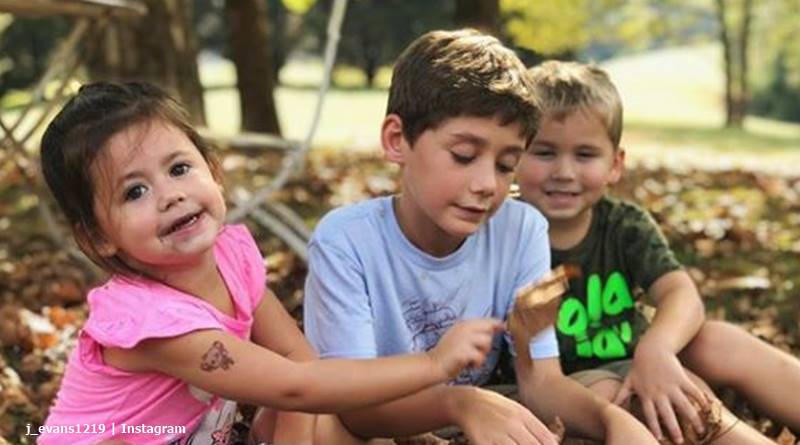 David Eason took to his Instagram on Wednesday and shared a cute photo of Kaiser and Ensley together. Kaiser looked very sweet with his blue-colored hair. It’s a washout dye that kids love messing about with. In the comments, David responded to a fan who asked about Nate and Kaiser. He said that Nate seldom sees Kaiser and then, only under supervised visitation with Jenelle present.

A year ago, things were very different in the world of Jenelle Evans and David season. Kaiser’s fifth birthday saw them celebrate with him. But at the time, Ensley and Jace were in the custody of Jenelle’s mom Barbs. The kids got sent away following the CPS getting involved after David shot and killed Jenelle’s dog Nugget. Eventually, they won custody of the kids back. But, Nate fought a custody battle over Kaiser. Kaiser now spends time on The Land with his half-siblings and David’s daughter Maryssa.

David recently got arrested as fans know, for allegedly assaulting Jenelle’s friend Spivey. After that happened, Nate got very vocal about Kaiser and wanting full custody of him. He since deleted his posts about it, The Ashley’s Reality Roundup reported. The outlet noted that Nathan asked his fans for help due to him being frustrated with CPS. He thinks the system failed Kaiser. He felt that David Eason getting arrested should mean an immediate return of his son to him. Jenelle told him to stop faking it as he really doesn’t care about Kaiser. David Eason’s photo of Kaiser indicated he seldom sees his son.

These two are best friends! 💕

David talks about Nate in comments

In the comments section of David’s post about Ensley and Kaiser, a fan asked about Nate and visitation with Kaiser. David replied, saying that he “never” got very involved at all. ” Then, in answer to further questions, David wrote, “He has supervised visits with his mom like always but he lives out of town so…” That confirms Nate sees Kaiser under supervision, but very seldom.

That seems to line up with something Jenelle Evans said on her Twitter after Nathan asked for help about getting Kaiser back. She wrote, “Scream on the top of your lungs to social media but don’t call to check. Skip out on visits and cut short the ones you…attend.” Janelle accused him of  “playing pretend.” If Nathan really opts to miss or cut short some visit with his son, that sounds really sad. If he never calls him then that seems very sad as well. From what David Eason said, maybe Nathan ignores Kaiser a lot.

Scream on the top of your lungs to social media but don’t call to check. Skip out on visits and cut short the ones you do attend. You’re not really concerned, just playing pretend. 🤷🏻‍♀️

Kaiser looks like an adorable little boy. Fans love the little fellow and just wish the best for him. But, many critics feel that David Eason and his violent aggression puts him in danger. Do you think CPS failed Nathan and his son? Sound off in the comments below.