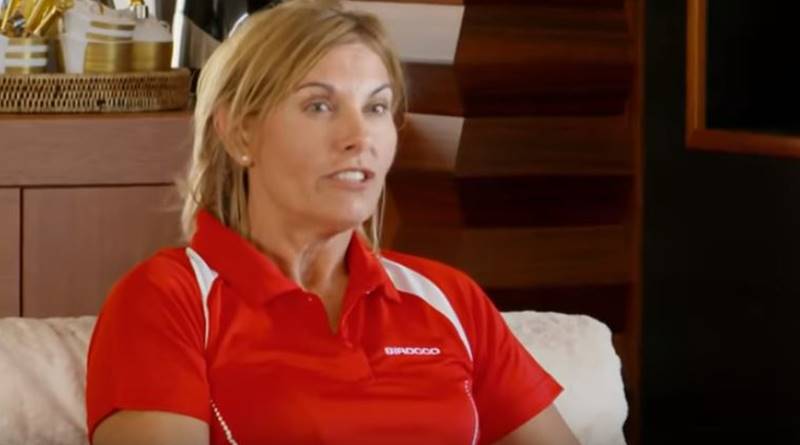 Below Deck Med brings a lot of drama to Bravo fans. But, sometimes Captain Sandy Yawn posts about things outside of the show. Obviously, as she works in the marine environment, she cares about sea creatures. Many fans love that she shared a short video showing a blue whale, an endangered species.

The show brings loads of interpersonal drama among the crew of the vessel. Recently, fans saw Captain Sandy bring back Bugsy Drake. That looked like a surefire way to fire up even more drama with Hannah Ferrier. Typically, Bravo shows always come packed with drama, fights, romances, and tension. And, mostly, Below Deck Med continues the tradition, albeit at sea. Unfortunately, the show seldom addresses issues like pollution in the ocean or other endangered animals in the environment they earn money off.

So, fans sounded delighted when Captain Sandy shared a video of the Blue Whale. Blue Whales are protected because they face possible extinction. NOAA Fisheries explains that they “fall under both the Endangered Species Act and the Marine Mammal Protection Act.” Their website explains that blue whales are the largest mammals on the planet. And, not everyone ever sees one in their entire lifetime. The Below Deck Med captain got a lot of kudos for sharing a video of one.

Fans react to Captain Sandy’s post about the whale

On Instagram. the video that Captain Sandy shared came from the oceans247 account. She reposted it, so no, fans who thought she saw it from the vessel in Bravo got it wrong. But, she shared because of the majestic footage. Taken by a drone, the whale looks a lot like a submarine. But then, it surfaced blew out its plume. Shot from directly above, it truly looks impressive fans think. Plenty of them responded. Lots of them thanked Sandy Yawn for sharing about the endangered animals.

One Below Deck Med fan commented, “Beautiful thank you for sharing!!! 💙”Another one gave Sandy the thumbs up. They wrote, “Amazing!!!👍🏻. I’m so glad our country and other countries have put in place measures to protect the sanctity of their existence!!
That magnificent whale proves there is a God!” Another fan also thanked Sandy Yawn, saying, “Incredible! Thank you for sharing this!” Actually, knowing so many people appreciated what Sandy posted, hopefully, it results in her sharing many more about endangered sea species.

Wowza #Repost @oceans247 ・・・ Sound On! 🔊 Such epic footage of a massive blue whale, the largest animal to ever live! 💙🐋 / Video by @dolphindronedom

The beauty of nature made so many people’s day

Commenters expressed their pure joy at seeing nature closeup. It looks like nature brings very many people together. Right now, the world needs more posts that bring people together instead of pulling and pushing apart. Do you agree? Sound off in the comments below.