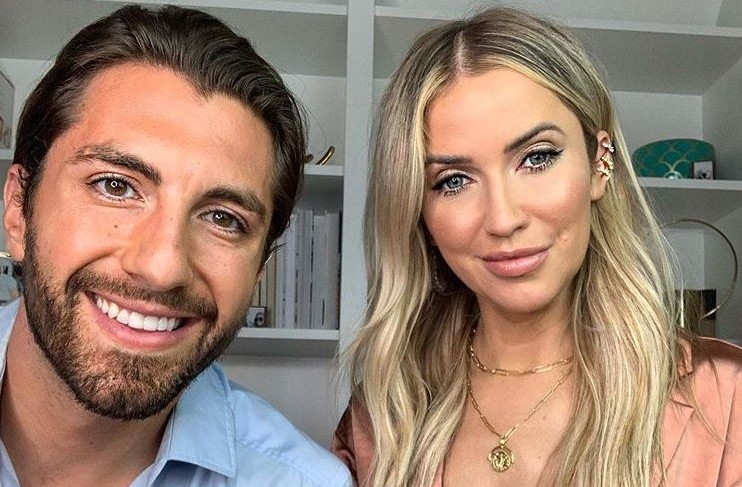 Former Bachelorette Kaitlyn Bristowe recently learned she is finally getting her chance to compete on DWTS. She felt the opportunity had been denied to her for years. Kaitlyn, a former dancer, wanted badly to compete on the popular competition. She was told of her upcoming appearance on Dancing With the Stars when her Bachelorette season re-aired a few weeks ago. Now, Kaitlyn is sharing what her biggest fears are in regards to making her dancing debut.

Kaitlyn shares her concerns about DWTS

On her latest web show, 9 to Wine with Kaitlyn Bristowe, Kaitlyn shared her thoughts. People shared the scoop on what she had to say. Kaitlyn said, “I’m going to be under a microscope again, and I feel like it took me a couple years to get out of that feeling of everybody’s eyes on me and criticizing and just everybody has an opinion.” She went on to say, “So my fear about going back into the world of national television with something as vulnerable as dancing, I’m excited, but I’m also a little bit nervous again to be critiqued for being myself.”

Kaitlyn also said another fear is going home on the first night. She said nobody wants to be the the girl sent home on night one. She also said, “Even though I’ve grown up dancing and I have the confidence in the dance studio, I’ve never done ballroom dancing in my life. What if I’m terrible at it?”

And, Kaitlyn admits she doesn’t care who they team her up with. She just wants her partner to be nice and want to win.

We filmed this episode of @9towineshow the week after I found out I was going on DWTS, and I’m taking you on my journey of my life long passion of dance. Tune in if you wanna get all nostalgic and teary eyed with me. Also, just found out @TyraBanks is going to be the host! So thrilled to have her energy around!!

Kaitlyn also shared she recently spoke with fellow former Bachelorette Hannah Brown. Hannah also just won last season of DWTS. Kaitlyn said, “Obviously Hannah [Brown] was the last Bachelorette. She just won Dancing with the Stars. We’re scheduling a call because she wanted to say congratulations, and I’m looking to her for so much advice and encouragement.” She went on to say, “She said, ‘Get rest while you can.’ I’m like, oh boy! She’s like 10 years younger than me so … I pulled my back the other day trying to do a squat. I might be in trouble!”

Fans can’t wait to see Kaitlyn finally get her chance. And, she revealed that she was actually selected to appear on the show right after The Bachelorette. However, the opportunity was pulled from her because she was still under contract with The Bachelorette franchise.

She said, “They just said, ‘You know, you’re still under contract with The Bachelorette. We are not going to be doing any of our leads going on the show anymore, so, unfortunately, you are not able to go on.’ And I was devastated.”

The world works in mysterious ways as she has learned. And, now she is finally getting her chance. And, Jason Tartick will be by her side cheering her on. Fans can’t wait to see her dance and hopefully bring the trophy home. Congrats to her on making another dream come true.