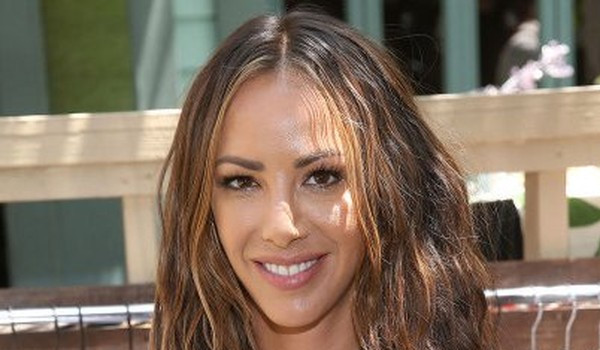 Vanderpump Rules star Kristen Doute spoke out for the first time since her firing. The former Bravolebrity has dipped her toe into social media with a handful of tweets and Instagram posts. However, aside from her pre-firing apology, she’s kept mostly silent since being let go from Bravo.

But now the floodgates are opening. In a wide-ranging podcast appearance, Kristen revealed some surprising and not-so-surprising information. She recounts what actually happened when she reported Faith Stowers to the authorities. Kristen also reveals which Bravo personality reached out to her and if she’s heard from Lisa Vanderpump.

Which Bravo Personality Reached Out and Which Didn’t?

On Wednesday, July 15, Kristen was the guest on Dax Holt and Adam Glyn’s Hollywood Raw podcast. Kristen spoke about the lessons she’s learned about racism. She also answered questions about what went down post-firing. Did former VPR boss Lisa Vanderpump reach out to Kristen?

Fans won’t be surprised by Kristen’s answer. No, Lisa did not reach out. As viewers recall, Kristen was fired from Lisa’s SUR restaurant back in Season 3. While Kristen remained on VPR until getting fired after Season 8, she had ups and downs with Lisa.

Despite the tension, Lisa thought Stassi Schroeder would regret it if she cut Kristen out of her engagement party and wedding. During the Season 8 finale, Stassi told Kristen that their friendship was over. However, since the firings – which included Stassi – the two have reconnected.

While Kristen didn’t hear from Lisa, she did get a direct message from Bravo host extraordinaire, Andy Cohen. Kristen reveals on the podcast that he told her to “hang in there” after the firings, Us Weekly reports.

The James Mae designer also reveals that she heard the news from her lawyer minutes before Bravo went public with the mass firings. (In addition to Stassi and Kristen, Max Boyen and Brett Caprioni for past racially insensitive behavior.)

E! Online delves deeper into Kristen’s podcast appearance. The outlet reports that Kristen dropped a few tidbits about the actual phone call that she made. The general belief from the public is that Kristen called 911 on Faith Stowers to report her for a crime. However, Kristen reveals that this isn’t true.

Kristen didn’t want to go too heavy into details, concerned it would look like she was making excuses. However, she does say that she didn’t actually call 911. Nor did she ever speak directly to the police. Rather, she “called a tip line and left my name and number.”

She recognizes that it doesn’t matter that “nothing even happened” after her call to the tip line. However, Kristen doesn’t agree with the “cancel culture” that is happening these days.

During the podcast, Kristen also opened up about her thoughts on the “cancel culture” that is costing many celebrities their jobs. Kristen thinks that cancel culture is counterproductive. She feels that it “doesn’t allow making them learn and change [their behavior.]”

Instead of firing her, Bravo should have used it as a teaching moment for the public, per TooFab.

Tell us in the comments if you think Kristen is right about cancel culture.

Bravo has yet to announce how they plan to move forward with Vanderpump Rules. Check back with us for updates on whether the show will get another season.