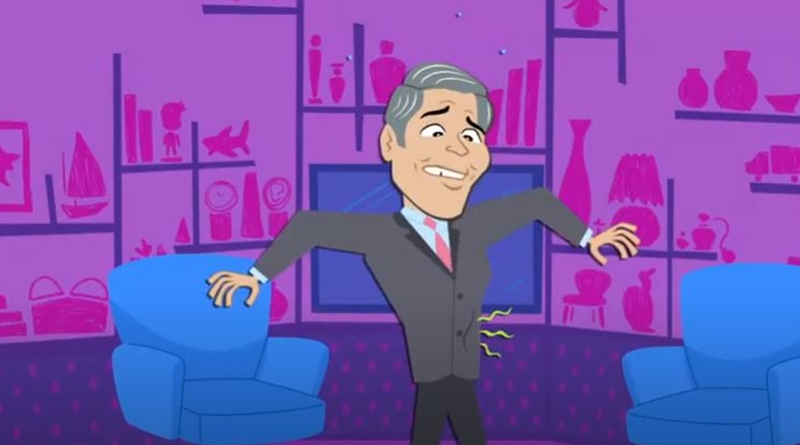 The Andy Cohen Diaries comes to Quibi on July 20. A trailer for the show dropped on July 14. Andy explains that he’s doing just what everyone “told him not to”: Share all of his confidential stories. The show comes as an animated series. Apparently the show features other celebrities such as Celine Dion and Joe Giudice. The host and producer of the Real Housewives series also talks about fathering his son, baby Ben.

Andy Cohen shared the production of the show back in December last year. So it’s not likely that he takes refuge in another show following Black Lives Matter criticism of Bravo. Bear in mind, some critics even call for his head following the firing frenzy that took place in Vanderpump Rules. At the time we reported that Andy triggered some criticism after the firing of Kristen Doute and Stassi Schroeder.

The Andy Cohen Diaries probably proves very popular. After all, Andy racked up nearly four million followers on Instagram alone. Quibi dropped the trailer on YouTube. But, he also shared about it on his Instagram on Tuesday. He captioned it with “new stories straight from the pages of my diary – to see an inside peek into my world.” He also thanked Shadow Machine Studios. The first star who reacted was Lisa Rinna. She said, “brilliant!”

Fans react to the new show by Andy Cohen

Plenty of fans reacted to the news. One wrote about how they “enjoyed” all his “books.” They also met the Bravo host in “Santa Barbara! And saw [him] at the prom for a Q&A.”  That fan and Andy “share a mutual friend. Nancy Jevonan!” Another fan wrote, “I definitely want to see this!” Then, another one noted that the tailer “looks fabulous.” One person pointed out to Andy, “your cartoon character looks just like your dad. I really see your resemblance now!”

But, another fan mentioned how Andy bring so much laughter in these dark days of coronavirus. “I’m glad as well,” they said. They added, “your stories and posts make me laugh everyday… especially when you say you can’t in your stories thanks!” People reported that fans can expect a six-episode series. “On the job at Bravo,” the show also “features his nights out on the town.” Fans also see some of his experiences with “first-time fatherhood” on The Andy Cohen Diaries.

New stories, straight from the pages of my diary — it’s a dishy, inside peek into my world on #TheAndyCohenDiaries. Coming to @quibi July 20. (Thank you @shadowmachine_studios @riskonyc)

Andy Cohen intends the show as a visualization of the “third installment of his best-selling books, The Andy Cohen Diaries and Superficial: More Adventures from the Andy Cohen Diaries,” he said in a statement. Expect a lot of laughs and share Andy’s funny outlook on his rather crazy life.

What do you think about Andy Cohen bringing out The Andy Cohen Diaries on Quibi? Will you tune in and watch it? Sound off in the comments below.