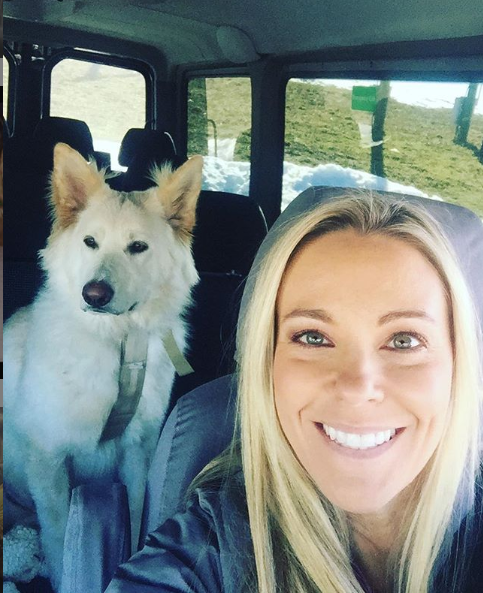 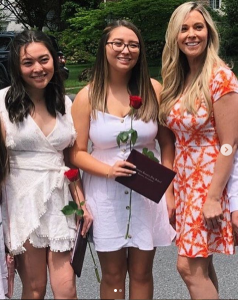 Kate Gosselin recently celebrated son Aaden’s new metal-free smile on social media with a special Instagram post. The Mom-of-8  is known for being tight-lipped when it comes to her home life. This is especially true after the crumble of the family’s once-lucrative reality empire. Today, however, Kate’s post was a refreshing look into her family and her children’s milestones.

What Was She Celebrating?

In Kate Gosselin’s Instagram post, she shared a photo of  16-year old son, Aaden who poses with a home-made cake, compliments of Mom. The white-frosted cake featured a licorice-candy outlined version of Aaden’s face. The edible art featured the teen’s signature eyeglasses and now braces-free smile. Aaden held the cake up for the camera, smiling as he stands next to multicolored cups of once- forbidden candies and treats. “Braces are a thing of the past in this house! FINALLY! Yay us!” Kate wrote excitedly in her post. Shared on Tuesday, the post has been liked more than 31,000 times in just over a day.

According to InTouch Weekly, the photo was taken at Aaden’s ‘No Braces Party’ that his family threw for him right after his final appointment. During the soiree, he numerous siblings monged down treats that he would not have been able to eat with his braces on.

Kate Gosselin’s Instagram post was quickly showered with love and support. Many complimented Kate on her parenting skills and for making the effort to turn milestones into special memories for her children.  One Instafollower heartxholly commented, “I love how you celebrate every little victory for the kids. Hope they appreciate it and know the love and sacrifices you’ve given them. Keep up the great work.”

Does Kate Gosselin go the Extra Mile for ALL her Kids?

While sweet Instagram posts like this one may make it seem like Kate is the perfect mom who has it all together – the family does have some skeletons in the closet they would rather keep out of the public eye. One of these issues is Kate’s relationship with son Collin. 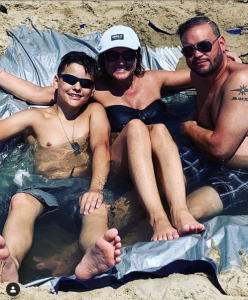 InTouch Weekly reports that Kate sent Collin to a ‘facility for children with special needs’ back in 2015. Collin remained at the live-in facility until 2018 when Jon released him from the facility and won full-custody over his now 16-year old son. Collin has lived with his father and his girlfriend Colleen for the last two years and by all measures appears to be thriving in his current environment. Jon Gosselin has stepped up to be a huge advocate for his son and previously told the media and fans that Collin is not and has never been on the spectrum or been diagnosed with special needs.

According to Jon, his son has not made any attempt to repair his broken relationship with his mother. The two have not communicated since he moved in with Dad. While that might seem like the anger of a resentful child, Jon also reports that Kate has not made any efforts to repair the relationship either. ‘They have no relationship’ the father of eight told InTouch. Jon does say however, that the situation may change in the future.

Jon reports that Collin and daughter Hannah are both doing well. Jon took custody of Hannah back in 2018 as well. Sources report she reached out to her father to say she was unhappy at home with Kate. Collin appears to have positively acclimated to the new woman in Jon’s life. Gosselin’s girlfriend, Colleen, is said to be a positive presence in Collin’s life. Jon reports in a recent interview that his son trusts Colleen and thinks of her as ‘an unofficial stepmom.’

Do you think Kate Gosselin shows favoritism toward her children? Do you think she appears more ‘put together’ than she actually is? Tell us where you stand in the comments! Stay tuned to TV Shows Ace for all the latest news on your favorite television shows and stars!

‘My Hero Academia: World Heroes’ Mission’ Movie, What To Expect
ANOTHER Roloff Baby Is Coming! Who Is Pregnant Now?!
Matt Roloff Updates On Family Emergency: How Are His Parents?
‘The Bold And The Beautiful’ Spoilers, July 19-23, 2021: Carter And Quinn Are All In
Wait, Is Abbie Duggar Pregnant? See New Photo With ’12 Weeks’ Sign