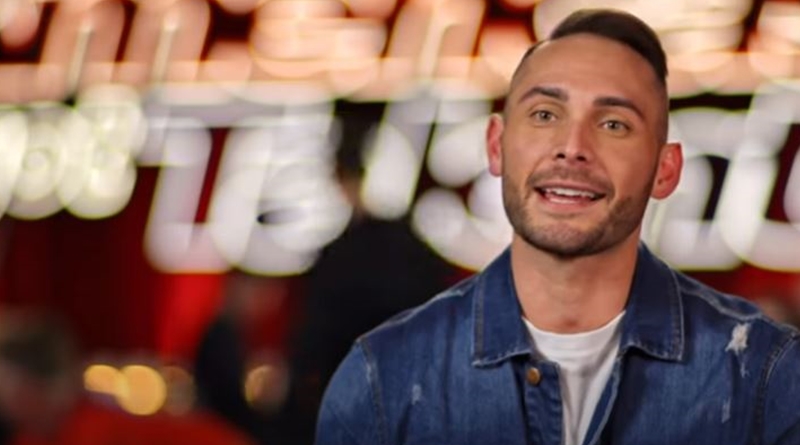 AGT 2020 saw some excellent talent. Now, a new country singer, Kameron Ross auditioned. Singing to an empty auditorium, he first sang Red Dirt Road. But, Simon Cowell stopped him halfway through. It seemed he made a good call as the song Simon asked for went down as a treat with fans of America’s Got Talent.

AGT – Kameron Ross sings to the judges in an empty auditorium

Only three judges heard Kameron sing. Heidi Klum wasn’t there. But Simon Cowell, Howie Mandel, and Sofía Vergara sat in judgment. Over on YouTube, the audition started off with the backstory to Kameron. He told the camera that he grew up in Texas. Ever since he was about eight years old, he knew he wanted music a career. Starting off with small gigs, he did okay in small-town Texas. But, he came out as preferring people of the same gender. That didn’t go down too well in many places. He ascribed it to the conservative “religious” outlook on life.

Actually, the AGT contestant even got gigs canceled. Giving up music for a while, he felt now he’s ready to return. He told Simon Cowell he hopes that people now accept him for who and what he is. His first number that he tried, Red Dirt Road saw Simon raise his hand halfway through. As Good Housekeeping pointed out, fans hate it when he stops performers. But, this time, fans agree he made the right call. The America’s Got Talent judge asked him “to sing a cappella.”

Kameron sings What If I Stay

For What If I Stay, no backing track accompanied him. This time, the spiring country singer performed very well. In the comments section, many fans loved his voice. One wrote, “When Simon stops someone, it is for a VERY good reason.” They also noted that “it means he hears something in the voice but knows the singer needs to be pushed.” The commenter also pointed out that the America’s Got Talent judge seldom gets it wrong when he stops someone.

Fans agreed that when he asked for a capella, they felt very moved. One fan of AGT even felt like “crying,” at the beauty of Kameron’s voice. Actually, many fans really liked his first attempt with Red Dirt Road. But, they agree that when he performed What If I Stay, Kameron took it to a whole new level. And, he managed that without any accompaniment.  Certainly, fans see more of Kameron Ross in the show. Some fans think he holds a very good chance of making it into the top finalists.

What did you think of Kameron Ross’s performance on the show? Did Simon make the right call? Sound off your thoughts in the comments below.