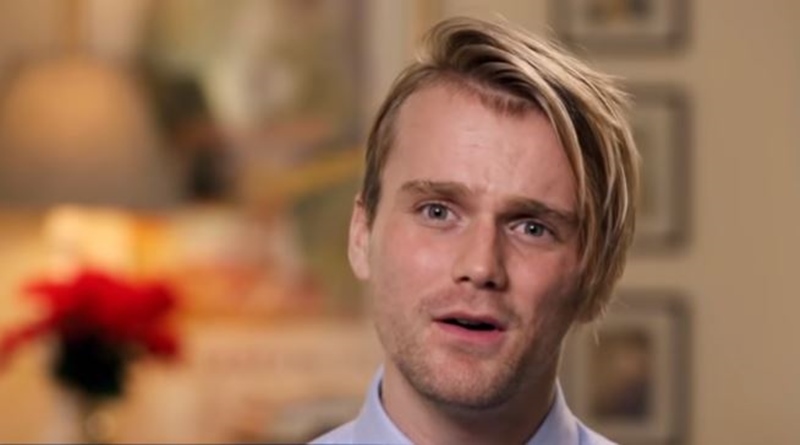 90 Day Fiance stars make their own Only Fans accounts these days. Some of them say they get trolled too much on Instagram. But, they also make money from subscriptions. And, bloggers can’t really steal their posts so easily. Jesse Meester just announced his new account and promises exclusive content and behind the scenes stuff. But, he cautions people about screenshotting things. The legal team stands by ready on copyright issues.

Naturally, copyright, legal teams, and threats mean that Jesse won’t get so much blogger coverage. Actually, it seems a bit self-defeating, in a way. After all, if bloggers don’t cover them, who would? After all, mainstream media seldom writes up small-time reality TV stars. Anyway, for the privilege of seeing content on Jesse’s Only Fans account, you should fork out $25 per month. He promised the conte nt differs from Patreon and other social media platforms.

Jesse said he timed the new account announcement with “National N*de Day.” On Twitter, he announced “a 7-day FREE trial for the first 20 subscribers.” Judging by the comments, tens of thousands of fans seem singularly unimpressed. So far, only two people liked the post and only two commented. One 90 Day Fiance fan said, “eye roll.” Meanwhile, Blogger John Yates screenshot something he posted about it as well. On his post about the Only Fans account, more people commented about it.

Apparently, today is National Nude Day (yes, there is a holiday for everything). To celebrate #NationalNudeDay I just created my Only Fans page with a 7-day FREE trial for the first 20 subscribers. Just for fun, happy National Nude Day: https://t.co/EQhixpzk8u

Jesse lost a lot of fans when he claimed that Darcey Silva used men for reality TV fame. After all, he made some mileage on the TLC show as well. In June, “TLC announced that she will star in her own spin-off series with her twin sister, Stacey Silva,'” we reported. Jesse shot back with, “She only had to use, abuse and manipulate 5 guys to get what she wanted all along from the network.”‘ So, critics slam him when news comes out.

Over on his OnlyFans account, Jesse posted, “Do you like Spa days as much as I do?” Now you can join in the conversation for only $63.75 as the subscription to the 90 Day Fiance alum’s account comes with a 15 percent discount for three months at the moment.