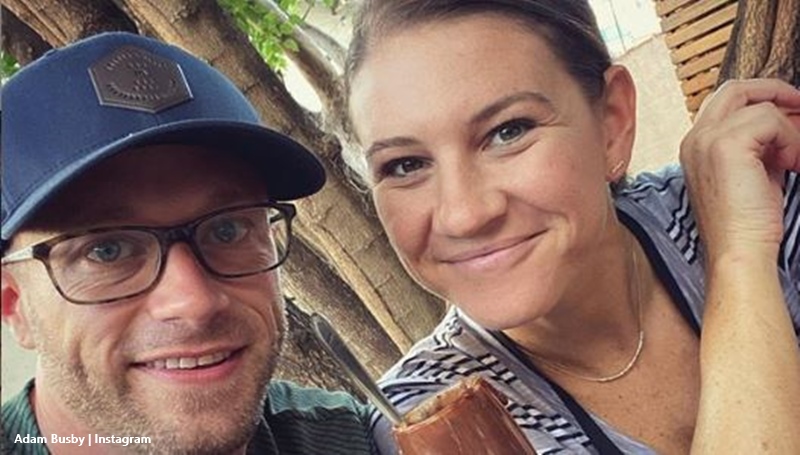 OutDaughtered Danielle and Adam Busby have been busy remodeling their home to better accommodate their large family. As the quints (and their oldest daughter) continue to grow… They need a lot of extra space to make the house comfortable for everyone. Fortunately, the Busby couple has been generous enough to share videos and photos with OutDaughtered fans via social media as the remodel as progressed. And, we couldn’t be more grateful for it.

Turns out, remodeling helps a person learn a lot about themselves.

Living in a home while remodeling it isn’t an ideal situation. This is especially true when you have several little ones running around. The remodel process makes it difficult to run the house the way you want to. Things continue to move forward, but Danielle and Adam are forced to adjust certain things while the remodel moves forward.

For example, they’ve been remodeling the kitchen for a while now. And, this caused them to move everything that goes in the kitchen somewhere else. Danielle revealed during a recent Instagram Story that their master bedroom had become a bit of a storage room. She jokingly referred to it as the “master everything room.”

She explained that presently her master bedroom was being used as a pantry. They also had a little coffee corner set up in the bedroom. After all, they probably need a lot of extra energy from coffee to manage all their girls!

Now, Danielle Busby realized something funny during the remodel.

Danielle Busby gave her followers the grand tour of her “master room of everything” via her Instagram Stories a few hours ago. And, something dawned on her during the tour. She explained that she and Adam had been using the same coffee cup for their daily coffee. They each had their own coffee mug. But, they were not bringing any of their initial coffee mugs out of the boxes during this time.

She admitted that they had TONS of coffee mugs within their home. Then, she jokingly questioned why they had so many coffee cups. If they were able to get through the remodel with just using two coffee mugs… Did they really need all of the extra cups?

So, perhaps Danielle and Adam Busby will be able to pair down some of their dishes after they finish the remodel. After all, they don’t really need all the coffee cups collecting dust if they can get by just fine using one mug apiece!