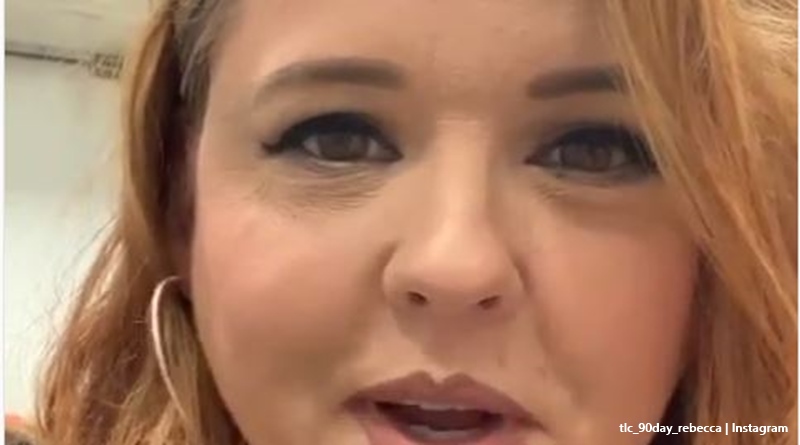 90 Day Fiance fans express their worry and concern for Rebecca Parrot. She told them she’s feeling very unwell. The news came via Instagram on Monday. Rebecca went for a coronavirus test. She told her fans in a short video that her bird keeps her company and cuddles up to her.

Rebecca took to Instagram on July 13 and shared a short video of her with one of her cockatoos. She captioned it with, “Aya is the perfect cuddle buddy while I’m sick.” Many fans responded about the bird, noting it’s very cute. But, a few people asked her if she has the coronavirus. Rebecca replied, saying she’s “not sure actually.” She still waits for the results of her test.

Many fans responded saying that they’ll pray that she doesn’t have the illness. One 90 Day Fiance fan said, “my prayers are with you.” Another said, “hope you are ok as it is just awful.” Hopefully, she tests negative but it seems she still waits for a few days. It doesn’t seem to be a rapid result that she’s waiting for so undoubtedly, the next few days cause her some anxiety.

Many fans commented on the video. At first, it showed the bird cuddling up to her. But when she moved the camera to her face, she revealed dark shadows under her eyes. And, her nose sounds very stuffy. Perhaps she contracted some sort of flu or cold. A few fans hope that if Zied’s with her, that he doesn’t get ill as well. Some fans asked her if she and Zied married yet.

We reported on May 25 that Zied and Rebecca actually married in Georgia in April this year. It certainly seems that things work out well for them as they both look very happy on Instagram. We also noted that Rebecca works in a restaurant as a chef these days. It’s not clear that the place reopened during the virus. One fan said that the virus numbers rise in Georgia right now and really hoped that the 90 Day Fiance star just got the flu.

11 Alive reported today that Georgia just experienced over 3,600 cases of the virus. Meanwhile, Savannah Now reported, “Georgia’s total of patients hospitalized for COVID-19 reached 13,259 on Sunday.” So, naturally, Rebecca’s fans worry about her a lot. But some of her followers mentioned their family members got a very bad flu. Their tests came back negative for COVID-19. While the flu made them feel dreadful, they rather hope that’s all that Rebecca suffers from.

Hopefully, as soon as she knows the results of her test, the 90 Day Fiance star lets all her followers know.