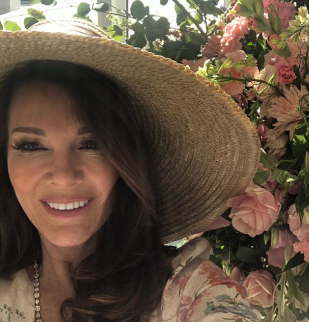 Max Vanderpump-Todd is Lisa Vanderpump and husband Scott Todd’s adopted son. He made several appearances on Real Housewives of Beverly Hills during Lisa’s tenure as a cast member. Max also made appearances on Vanderpump Rules, but he was never a regular cast member. One notable appearance was a few years ago when Max was linked to Billie Lee, a transgender reality star. Lee made suggestions that she and Max had “hooked up” previously.

Max has since appeared to separate himself from the Bravo shows and drama during the last few seasons, not unlike his mother. Lisa has refocused her attention on her personal spin-off show Vanderpump Rules, now in its eighth season, after leaving RHOBH in June of 2019.

Where has Max Vanderpump-Todd been?

The Vanderpumps have been busy this year despite the pandemic. They have been working on their show, and their restaurants, and added two new wines to the Vanderpump Wines collection. Vanderpump Wines launched in 2017 with Vanderpump Rosé. Lisa announced the launch of Vanderpump Sonoma Coast Estate Chardonnay and Sonoma County Cabernet Sauvignon on April 24, 2020 via Instagram. The post featured a picture of Vanderpump, husband Ken Todd, daughter Pandora Sabo and son-in-law Jason Sabo. However, fans were quick to ask, “Where is Max?” because of course, a family photo should include the whole family.

At the time Lisa told fans that Max was living in Idaho and that he was working with children who have “special needs” and that he was “staying safe” during the pandemic crisis. Vanderpump later stated that Max wanted to leave L.A. when the pandemic started because he wanted to help other people during this time. Max is no stranger to Idaho either. That is where Lisa and Ken sent him to attend high school because his school in Beverly Hills was not working for him.

Where is he now?

Vanderpump’s most recent tweet brought the inquires as to Max’s location back up with fans. She answered the inquiries by saying, “Max is working with autistic children and spending some time in the last few days on a horse ranch. Being kind and productive, proud of him.”

With 2020 being a record year for change and loss Vanderpump’s tweet really hits close to home for many people. She is right. We need to “hold tight” to our loved ones and never take the time we have for granted. Lisa closed her response to her fan saying, “Miss him [Max].” And we can only imagine she is looking forward to their reunion even more than the fans.