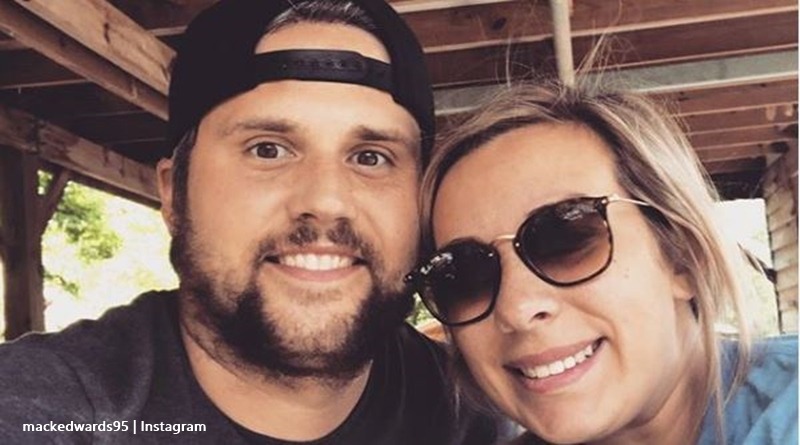 Teen Mom OG stars Ryan and Mackenzie Standifer Edwards’ welcomed their baby in January. Baby Stella Rhea quickly became a treasured member of their family. Mackenzie and Ryan recently visited with family and she shared a group photo. Ryan looks healthy and well. But a troll took a slap at him that infuriated Mackenzie’s fans.

On Sunday, Mackenzie shared a really nice photo and Ryan looked neat and sober. In the photo, he held Baby Stella Rhea and smiled at the camera. Mackenzie captioned it with, “After 4 hours of stand still traffic (not even kidding), 3 pee stops, a screaming baby girl, and an alternate route through the middle of no where we *finally* made it!” Plenty of fans agreed that the traffic seemed like a nightmare. But others talked about Ryan. Many of them agreed he looks very well.

One Teen Mom OG fan commented, “Omg ryan looks amazing. U guys look super happy.” Another one wrote, “Ryan looks great! From watching 16 and pregnant to teen mom and watching all the ups and downs he looks great!” Others talked about their daughter. This fan wrote: “Beautiful baby girl! 💕 she looks like Ryan! Every one is looking good!” Most comments seemed kind and truly appreciative that the couple looks well and happy. But a troll slapped at Ryan and furious fans turned on them.

The troll talked about Ryan’s hair which definitely shows a touch of silvery gray. They said that he looks old enough to be a “GRANDPA.” Clearly, they alleged, he grew old before his time and remains on drugs. But many fans think otherwise. As one pointed out, he looks “clear-eyed “and very normal and the grey hair looks very good on him. Mackenzie told the troll “stfu.” She then told the troll “bye.”

Teen Mom OG fans angrily shaded the troll for saying negative things about Ryan on the post. One reminded them that Ryan’s very lucky that his family remains so “supportive” and helps him through the difficult times. One follower wrote, “to me as a recovering addict who has five years sober, Ryan looks clean in this picture. He has gained weight, healthy weight by looks of it! So don’t let people who know nothing about addiction get to you😊 it’s a great photo of everyone!”

After 4 hours of stand still traffic (not even kidding), 3 pee stops, a screaming baby girl, and an alternate route through the middle of no where we *finally* made it! Congratulations @lgreavu and Bruce!

Most comments that came in seemed very supportive and full of love for Ryan and Mackenzie. One fan wrote, “You all look great .. especially Ryan. I think the grey hair is very distinguished and he looks so happy .. nice to see.” Another Teen Mom OG fan commented, “Ryan looks like he’s doing great. What a cute family portrait❤️.”

What do you think of Ryan with his gray-colored hair? Do you agree that he looks very well? Sound off in the comments below.