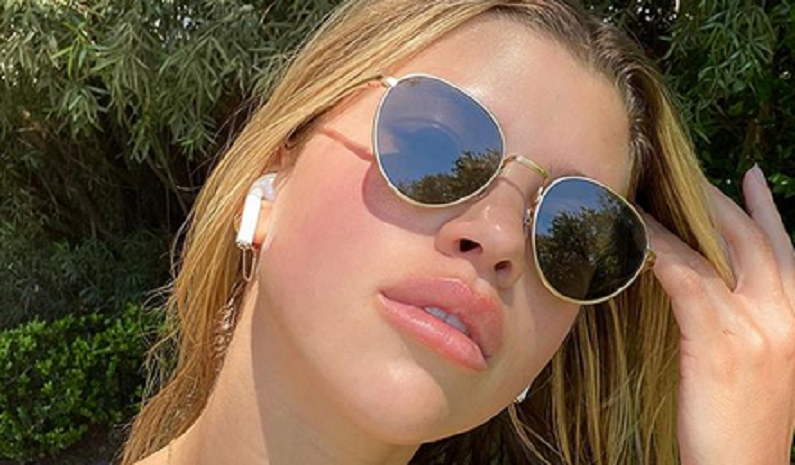 Sofia Richie and Scott Disick are together again. Sort of. This comes after the model spent the fourth of July with the Flip it Like Disick star. She caught up with her ex-boyfriend over the weekend. She reportedly went to his house, which makes their situation even more interesting.

The couple split back in May. The 21-year-old took to Instagram to share a photo of herself at Scott’s house. Fans took notice of her surroundings. They recognized that Sofia was at Scott Disick’s house. Sofia and Scott’s split was mutual at the time, but it seems like the two are reconnecting.

As per Us Weekly, Sofia Richie shared an interesting photo on her Instagram Stories on Sunday, July 12. She revealed to her followers that she was watching Netflix’s new series Down to Earth With Zac Efron. The location from where she took the photo was Scott’s Hidden Hills home, which he re-listed back in April. Sofia spent time with the 37-year-old Talentless cofounder over the weekend.

This comes after the couple spent July 4th together. The former couple looked like they were on a double date with Alec Monopoly and his girlfriend, Alex Dellanos. According to the photos published on the Daily Mail, the former flames went to a beach party together.

Us Weekly previously reported that Scott and Sofia started dating in September 2017. However, two years later, an insider told the outlet that the couple’s relationship wasn’t “extremely serious.” Another insider said that the couple didn’t consider the idea of marriage.

“It’s not a big topic of conversation. They are so committed to one another and neither of them are going anywhere,” the insider revealed. “Scott has done a complete 180 from when he was younger and with [ex] Kourtney [Kardashian], and has grown up a lot.”

The couple split after three years of dating. Their break up followed Scott’s brief stint in rehab, which ended after photos of him at the Colorado facility leaked online.

The model smiled in Malibu with friends

Sofia Richie was in good spirits without Scott by her side. She made time for her friends on Saturday, as per Daily Mail. Lionel Richie’s daughter looked fresh-faced and happy at the beach with some of her closest friends. The crew played games together that evening. Sofia wore little makeup. She also had on a light gray cashmere hooded sweater with a white T-shirt and white jogging pants.

Sofia was barefoot while she wore her hair down and styled wavy. She was so happy that she kept flashing her pearly whites at the paparazzi. Earlier this month, Sofia stunned on the beach when she wore bikini bottoms and a gray hooded sweatshirt from Scott’s clothing brand. Scott “liked” Sofia’s Instagram photo.

However, as TV Shows Ace reported, Scott has been flirting with former girlfriend Kourtney Kardashian on social media as well. He’s been liking several of her bikini photos lately. He’s been juggling both of his famous exes.