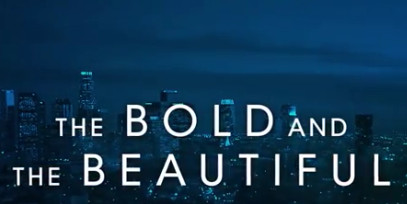 As fans know, television production was shut down due to COVID-19. Many primetime shows weren’t able to film a season finale and had to make do with what they had filmed. Daytime dramas, which air five days a week, quickly ran out of new episodes. B&B, Y&R, and GH all went to the vaults to get classic episodes to air instead. However, fans are quickly growing weary, especially in the case of GH, which is airing mostly Sonny-centric episodes.

B&B resumed production last month. They originally began on June 16. However, they quickly shut back down to enact better COVID testing after a number of false positives. Production resumed again on June 24 and has been filming ever since.

The soap’s last new episode aired in April. They’ve been airing classic episodes, including the B&B pilot from 1987. The soap will return to the airwaves with a new episode on Monday, July 20. Deadline reports that the initial episode will feature fan favorite Heather Tom, who recently won her sixth daytime Emmy. She plays Katie on the sudser.

The airdate of the two new actors hasn’t been set yet.

The Bold & The Beautiful has been treating fans to ‘theme weeks’ during the production shut down. The themes range from individual character tributes – Brooke Logan week – to the best rivalries.

This week, fans can expect to be taken on the ultimate summer vacation trip. B&B globetrots with a Summer Escapes Week. The first stop, airing Monday, July 13, is Cabo San Lucas. See where else the soap will take us with the weekly promo below.

Take a trip around the world with #BoldandBeautiful! Tune in to Summer Escapes Week starting tomorrow on @cbstv and @cbsallaccess. ☀️

Tell us in the comments if you’re happy that soaps are filming again.

B&B and Y&R both air on CBS. General Hospital airs on ABC. Days of Our Lives is NBC’s only remaining soap opera. All four soaps air five days a week. Check your local listings for times.