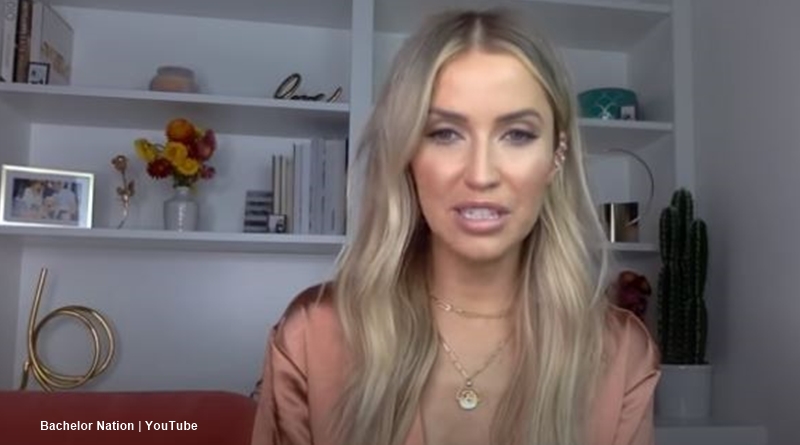 Bachelorette Kaitlyn Bristowe fell hard for Jason Tartick. They moved into their own place in Nashville recently. But, he’s away in Buffalo at the moment. She probably misses him a lot as she took to Instagram to talk all about her love for him. Throwing all her thoughts out there, she also told her fan that she’s “not high.”

Jason’s away, Bachelorette Kaitlyn Bristowe pours out her love

Fans know that in her season, Kaitlyn and Shawn Booth hooked up. That failed though, and she seemed really heartbroken. But then she met Jason Tartick on her podcast. They both come from Bachelor Nation but starred in different seasons. Now, they live together in the Nashville apartment. Earlier this month she gave her fans a tour of the new pad. It’s actually a really nice place, and these two people look set to snuggle in and live their lives together.

On Monday night, she took to Instagram Stories and shared a longish ramble about Jason. It seems that she really loves that they can be apart and trust each other. Getting very emotional  about this type of love that she never experienced before, she said that she’s “not high.” Maybe Kailtyn just felt a bit foolish pouring out her innermost feelings. In the end, the Bachelorette star said she feels “delusional.” But, actually, it sounds just very sweet and touching.

Mostly, Kaitlyn talked about how Jason doesn’t “play games” like getting her back. Presumably, they just talk their issues out rather than trying to make each other jealous. That sounds like she went through some bad experiences in the past. Perhaps that sort of thing broke her and Shawn Booth. People reminds readers that Kaitlyn and Shawn split after three years together. He broke off the engagement. Apparently, he just couldn’t love her enough.

Recall, they became engaged at the end of Season 11 on The Bachelorette in 2015. So, Kailtyn felt devastated. She later met up with Jason Tartick. He competed for Becca Kurfin in Season 22 of the show. When Kaitlyn told the world they dated, they apparently already got together for some time. Now, it seems from what Kaitlyn said on Instagram Stories, that she still can’t get over this special and different sort of love.

Clearly, they relax and enjoy each other. On a post she shared in June, Jason commented, “Look at you pumping my tires, I’m in my office and needed that… thank you!” It came when she shared a photo of them together and captioned it with, “Could he BE any cuter?” And, listening to her talking about her love for him on her Instagram Story, fans might ask if she can’t be any cuter as well. Do you agree? Sound off in the comments below.