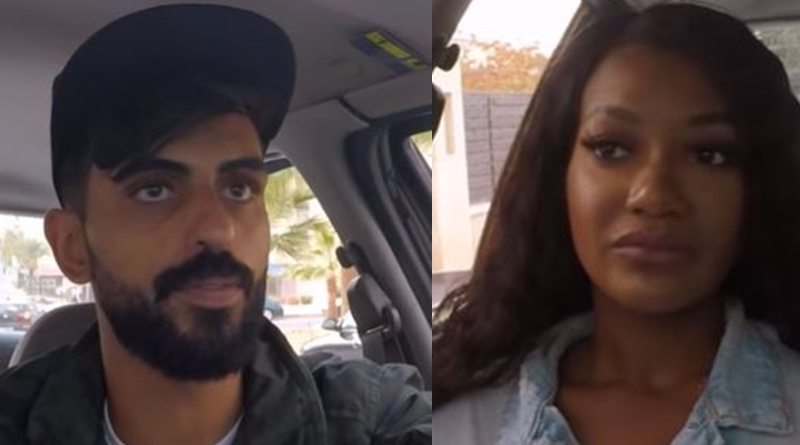 90 Day Fiance fans quickly decided they don’t like Brittany because she acts so ignorant of Yazan’s culture in Jordan. On the show this week, fans saw that Yazan still holds a lot of jealousy issues. But, she seemingly just can’t grasp that American women don’t go around hugging other men in his culture. This week, Yazan’s family clashed with her badly. Some people think their relationship’s doomed to fail. Meanwhile, other fans urge her to go back home.

It seems obvious from the latest episode that Brittany’s really out of her comfort zone in Jordan. She tells Yazan that she shouldn’t have to change to fit in with his lifestyle. But, she visits a country where flirting or touching other men could even end up endangering her life. If Brittany went there for a bit of fame, she could end up paying a very high price, fans think. And it looks like TLC doesn’t care very much about her wellbeing.

Fans saw Brittany get into a yelling and screaming match with Yazan’s parents. Vulture noted that the general feeling is that she mucks about with Yazan and his family just for being on a reality TV show. When she tried putting off the wedding again, his parents lost it with her and their real feelings came out. The outlet noted, “They don’t like her social media, they expect her to convert, follow Yazan’s every order, and forget about her old family.” The outlet also criticized the producers of 90 Day Fiance: The Other Way for not stepping in when the yelling and screaming got too much.

Fans think Brittany and Yazan are doomed, urge her to get out of Jordan

Fans who suggest that Brittany’s in it for five minutes of TLC fame now urge her to get home to the USA. The scene with his parents really shook them. Even those who dislike her feel fearful for her safety. On Twitter, one fan wrote, “Ik this whole show is about train wrecks (other than a v select few couples) but Jesus ive never seen a relationship so destined to fail as Yazan and Brittany.” Then, another fan commented, “Brittany! Find your **s back in the states as soon as possible!! That family ain’t it!”

Concerned, one 90 Day Fiance fan wrote, “Brittany is dumb. In some countries, alcohol is really frowned upon and certain behaviors are frowned upon. You can go to prison! Yazan should have handled it differently but she was doing some scary stuff!” Many more people told her she should really just go back home. Additionally, they note that Yazan’s super-controlling as well. She previously had a controlling relationship, so why the attraction for him?

What do you think about Yazan and Brittany? Does it seem like they’re doomed to fail? Should Brittany go back home? Sound off in the comments below.