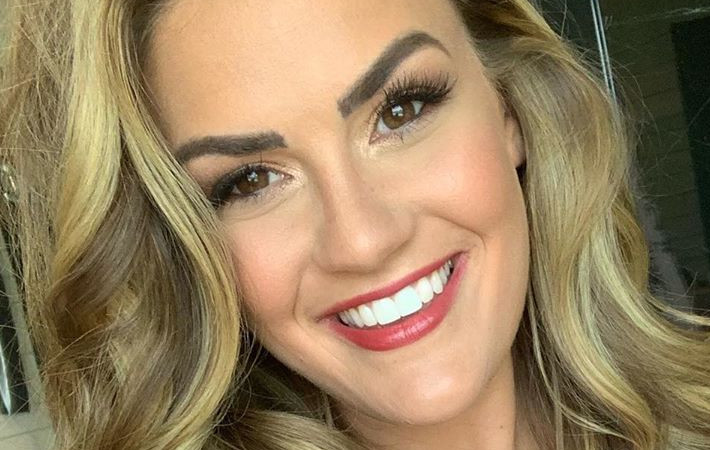 Who has a more serious case of baby fever? The stars of Vanderpump Rules or the fans of the Bravo show? Fans feel an odd connection to the couples of VPR, especially after watching them blossom over the last eight seasons.

When Stassi Schroeder’s recent pregnancy announcement, the ‘baby fever’ is at an all-time high. Fans scour social media posts for the slightest sign of a baby bump. In fact, fans recently thought Lala Kent was pregnant for the dumbest reason. The new ‘baby bump watch 2020’ target is Brittany Cartwright.

Lala Kent and VPR co-star/fiancé Randall Emmett are currently in Puerto Rico. While they are enjoying themselves, it’s actually a working vacation for Randall. He is finally filming his upcoming directorial debut that was put on pause due to the coronavirus.

A photo of the couple in front of a Puerto Rican sunset made its way to Randall’s Instagram last week. While some fans’ focus went to Randall’s visible weight loss, others questioned Lala’s choice in clothing.

Wearing a frumpy tracksuit, Lala was a hot topic in the comments. Several fans had a “feeling” that she was pregnant because of her loose-fitting attire. Nevermind that she clearly had just gotten off an hours-long flight in Randall’s PJ (private jet.)

In a more recent post, Randall shares a video of him and Lala relaxing on a bench. Behind them is a lush green jungle and some kind of pond. Randall focuses the camera on Lala for a few seconds. When she notices he’s filming, she gets up and walks off camera. There isn’t a baby bump in sight during the short glimpse of the VPR star. Rather, she’s wearing a tight-fitting, strapless black top.

Lala may not be visibly pregnant, but fans wonder about Brittany. An unflattering photo of Brittany went around social media last week. Brittany has clearly put on some weight since her 2019 wedding. However, she admits herself that she’s no longer dieting like she was before the wedding.

But some fans couldn’t help speculating that the VPR star is pregnant, especially after her off-hand comments in June that she was tracking her ovulation. Brittany unintentionally fanned the pregnancy rumors with an adorable video of her niece.

In the video posted to her Instagram Stories and now gone, Brittany is heard asking her niece whose girl she is, The Blast reports. The young girl replies, “Auntie’s!” Brittany also recently wished her husband, Jax Taylor, a happy birthday on Instagram. While fans simply wished the VPR star a happy bday, some took the chance to tell Brittany to hurry up and make a baby.

It’s lucky that fans were able to comment at all. Both Jax and Brittany have taken to disabling comments on any of their Instagram posts to keep the trolls away. Not many trolls hijacked Brittany’s birthday post for Jax.

Don’t Leave Katie-Maloney-Schwartz Out of the Running!

Let’s not forget the VPR couple that have been together the longest – Katie Maloney-Schwartz and hubby Tom Schwartz. The couple will celebrate 10 years together this summer. They dated for several years before marrying during Season 5.

Tell us in the comments which VPR star will be the next to get knocked up. Then check back with us for updates on whether Bravo decides to bring Vanderpump Rules back for another season.

Nelly And Long-Time Girlfriend Shantel Jackson Call It Quits
‘The Witcher’ Season 2: Premiere Date, Plenty Of ‘Man Flesh,’ But No Bath Tub
Todd Chrisley Defends Lindsie’s Recent Run-In With The Cops
Meri Brown Gets Cryptic About ‘Being Broken,’ Is She Alright?
‘Counting On’ Fans DRAG Jeremy Vuolo For Latest Video