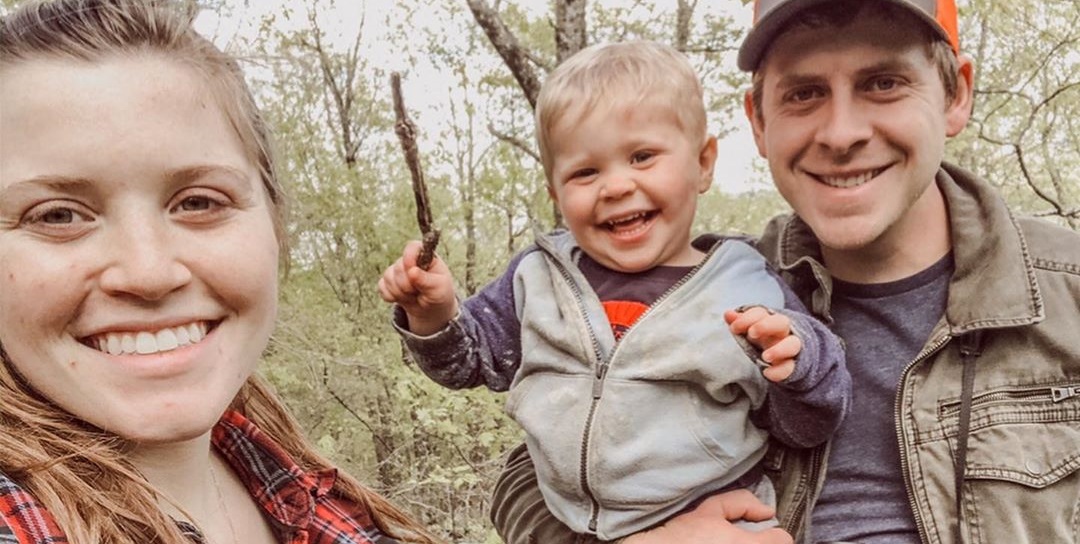 Joy-Anna Duggar Forsyth took to Instagram to share a super relatable photo with her followers. The photo featured a “busted” Gideon.

Joy-Anna Duggar Forsyth shows off Gideon’s ‘you caught me’ face.

The adorable collection of photos features Gideon Forsyth with a “you caught me” look on his face. He stares up at his mother with his mouth open wide. Clearly realizing he’d just done something wrong.

In the sweet photo, baking powder surrounded Gideon. The baking powder was all over the kitchen floor and the area rug. There was a little on his shirt as well. Gideon still had the baking powder container in his hand. The clear plastic lid was visible off to the side.

In the comments, Joy-Anna admitted she had a hard time being too upset about it. After all, he had such an adorable “busted face.”

On Instagram her followers had nothing but good things to say.

Many of Joy-Anna Duggar Forsyth’s comments noted the situation could be worse. It was fortunate enough that he coated the floor in a cleaning agent. After all, most people use baking soda to soak up unpleasant smells.

Others added it wasn’t that big of a mess. Furthermore, it was something a quick vacuum job would resolve. So, she did not need to be upset with her son.

Joy-Anna had a lot of fans who opted to gush about how adorable Gideon looked in the photo.

“He is so precious. I work in childcare and look after children 1-4 years old. And my goodness me they love playing with all kinds of sensory natural things. Like flour and salt and baking power and sand, and most definitely mud etc. Oh so much fun for little ones.” One follower gushed.

Several others chimed in about how much Gideon looked like his father Austin in this particular photo.

Duggar critics were not so supportive of the ‘staged’ looking photo.

Members of the Duggar family are constantly criticized for having staged and fake photos. Unfortunately for Joy, this photo was no exception. Would she really make a giant mess in her floor just to stage a relatable parenting photo? That is certainly what the followers of the Facebook page 19 Scandals and Counting seemed to think.

In the Duggar snark community, many took issue with the lack of feet and hand prints in the baking powder mess. Shouldn’t there also be baking powder on Gideon?

Do you think the photo of Gideon that Joy-Anna posted was fake? Tell us about it in the comments.