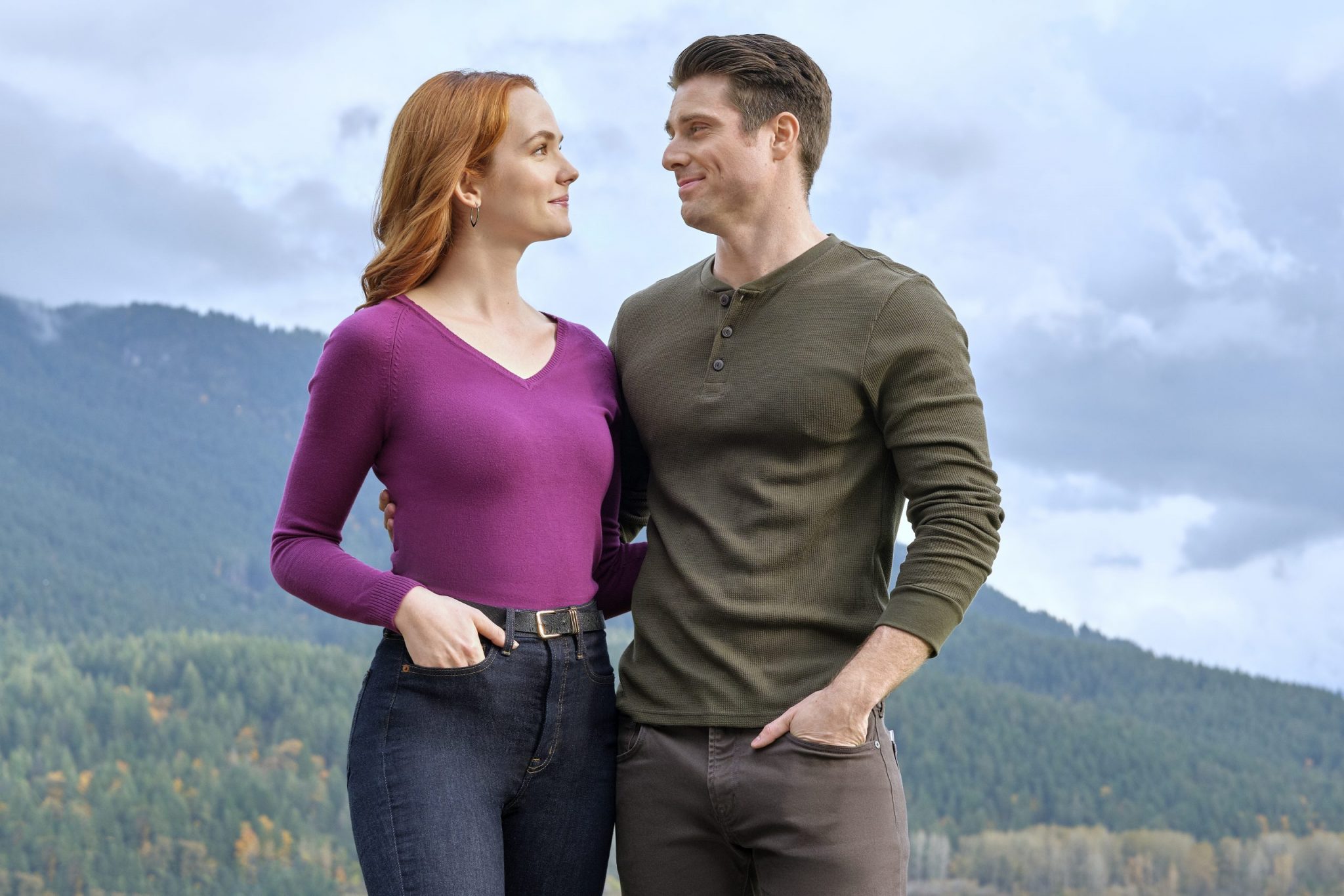 Hallmark’s Love On Harbor Island whisks viewers to an enchanting place, and a cozy inn. This is the beautiful summer romance that we need now. Morgan Kohan (When Hope Calls), Marcus Rosner (Arrow) and Brenda Matthews (The Last Bridesmaid) star. The movie premieres on Saturday, August 8 on the Hallmark Channel. What do we know about this new movie?

What Is Hallmark’s Love On Harbor Island About?

According to the Hallmark press release, Lily Summers (Kohan), a Seattle interior designer returns to her hometown. Her Aunt Maggie (Matthews) has been injured, and needs some help running her charming marina inn. En route, Lily encounters Marcus (Rosner), a seaplane pilot. This does not go well.

But, when they are thrown together because of Aunt Maggie, Lily discovers that Marcus is pretty all right. He has a passion for rescuing dogs and flying them to their final, forever home. Meanwhile, Lily is trying to get her dream job. By returning home, she found something that entices that possible employer. But, she also finds a part of herself that was long lost.

This movie is co-written and directed by Lucie Guest, who plays Circe on The Chilling Adventures of Sabrina. When Hope Calls fans already know Morgan Kohan’s work. They wonder if there will be a Season 2 of the WCTH spinoff show. So far, there has not been any news on a renewal of the online Hallmark Now series.

When Can You Watch Love On Harbor Island?

Don’t Forget To Catch Romance In The Air

Hallmark is starting August with new romantic movies. Don’t forget to catch Romance In The Air. Starring Unleashing Mr. Darcy’s Cindy Busby and Torrance Coombs, this is a high flying romance that will take viewers up in the clouds.

Because her job is on the line,  Eden (Busby) retreats to Lake Tahoe to take her mind off of her troubles. This beautiful area is where she spent the summers of her youth.  There, she runs into her childhood friend Riley (Coombs). There, she finds a part of herself that has been lost for a long time.

Hallmark is back with Christmas In July. This means 24/7 Christmas movies. Put on your favorite Christmas sweater and gather up your friends. Here is an excuse to enjoy some Christmas cookies and egg nog or hot chocolate. The warmth and happiness of Hallmark Christmas movies is uplifting, especially now. Need a schedule? TV Shows Ace has listed all the Christmas movies and air times.

Most repeat more than once, just in case you want a double shot of a favorite like Ryan Paevey’s Christmas At the Plaza.

Hallmark is currently filming new movies, mysteries and series. Be sure to check back with TV Shows Ace for the latest Hallmark news. Love On Harbor Island premieres on Saturday, August 8 at 9 p.m. Eastern Time, on the Hallmark Channel.