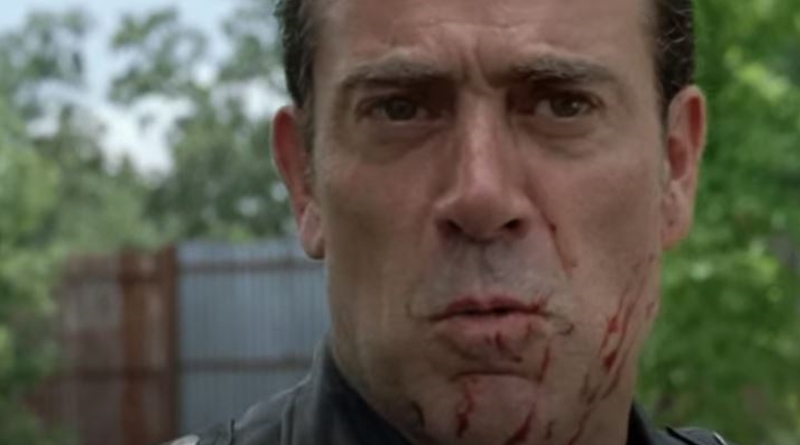 The Walking Dead still awaits the finale for Season 10. But in the meantime, Princess (Paola Lazaro) and Negan (Jeffrey Dean Morgan) chatted about Season 11. They threw out the idea of an unlikely alliance between Negan and Princess. The two across talked about it on Friday Night in with the Morgans.

The long-running show killed off some beloved characters like Carl, Rick Grimes’ teenage son. Plus, millions of fans felt awful when Maggie’s husband Glenn got killed by Negan. Recall that Negan punished Rick’s group for killing some of the Saviors. He literally beat Glenn to death in front of the others with a baseball bat. So, Maggie certainly doesn’t trust him or like him even one little bit. If Princess pitches up and becomes an unlikely ally with Negan, then surely things get rather tense.

In April, AMC announced a new show for “Negan.” To cover the coronavirus hiatus, they started up the new show Friday Night in with the Morgans. There, fans get to remember that Jeffrey Dean Morgan’s actually quite a likable human being in real life. Apart from the nicer things that go on in the world, the show brings some conversations with  The Walking Dead stars like Christian Serratos and Sarah Wayne Callies. This week Jeffrey talked with Paola Lazaro via the remote show.

Negan and Princess would be wary of each other at first

Paola thinks that at first, Negan and Princes won’t get on too well. Likening them to two cats at standoff and hissing, she felt “at first they wouldn’t get along, but I think they’re both wild.” Morgan feels that as “they’re both kinda outsiders,” probably, they find common ground in that, at least. He predicts “an interesting dynamic.” Mind you, Hilarie Burton, Morgan’s wife acknowledges that Princess naturally only meets Negan after he turned over his new leaf. She never really knew him as the villain.

Notably, nobody who ever met him in The Walking Dead trusts him much at all. Most especially, Maggie. So Princess anticipates a stony-faced Maggie when she pitches up like, “Hey! I’m happy to be here.” And, of course, Morgan, who loves acting as a mega-irritator promises Maggie gets irritated badly by him. You think?  Whatever goes down still comes a long time in the future, so it’ll be interesting to see what finally goes down with Season 11.

Digital Spy reminds readers that season 10 never got finished yet. Angela Kang teased, “Obviously we’ve got this new power group of four, with Princess and Ezekiel and Eugene and Yumiko, that is off on the road, and so we are going to see some interesting turns in that.” Expect that to come in the finale. By then, the potential for a Negan-Princess alliance might come clearer for fans of The Walking Dead.