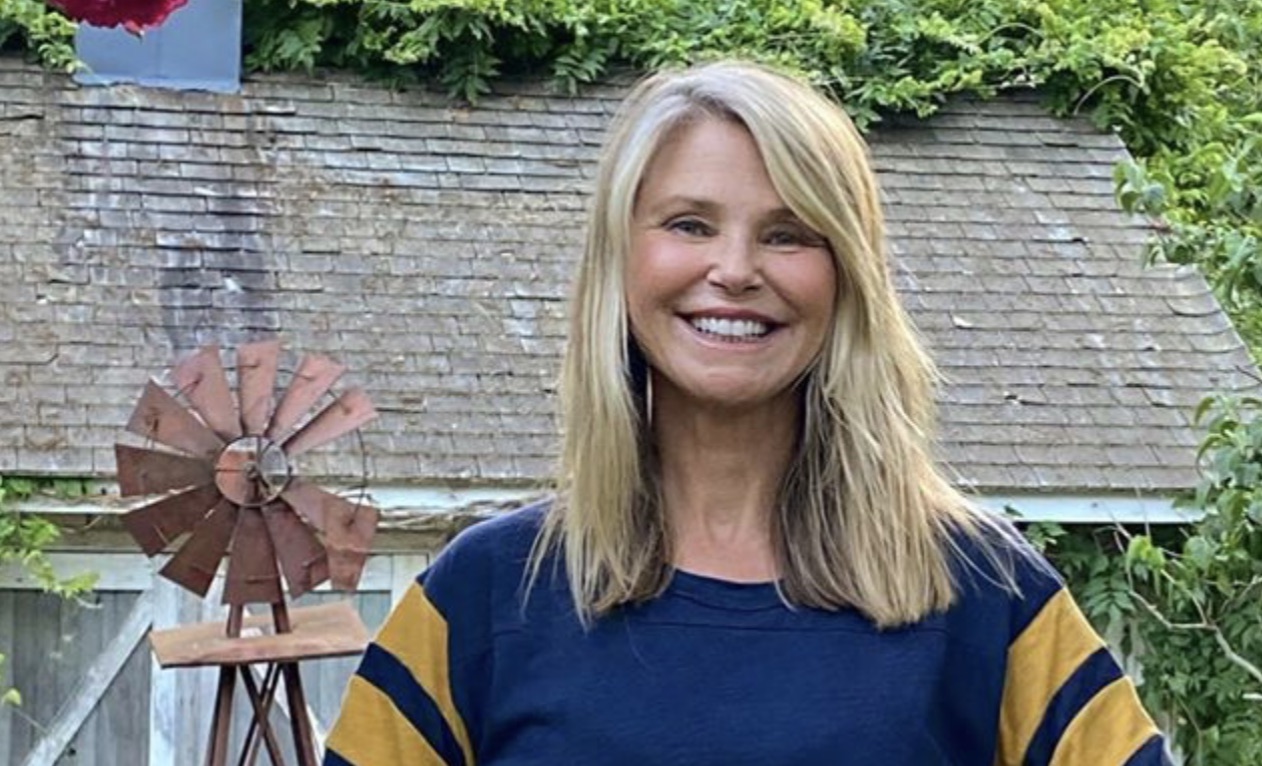 Proving that even Supermodels are like us, Christie Brinkley has admitted that she put on a few pounds while in the Hamptons, quarantining. What is the Dancing With The Stars alum doing to lose that added weight?

Christie Brinkley Packed On A Few Pounds After Coronavirus Quarantine

After a few months of the coronavirus quarantine, many people are finding that they can’t exactly zip into their work clothes or button their jeans. Christie Brinkley recently confessed to Extra that she is also in that group. She has also gained “a couple of pounds” during this stressful time of the Covid-19 pandemic.

Christie has not yet shared what foods have caused her weight gain. But for most people, such healthy foods as kale and Kombucha have given way to mac and cheese, chocolate and wine during this worldwide pandemic. It is safe to say that lettuce leaves aren’t high on anyone’s comfort food list. Surely, fans can forgive the 66-year-old supermodel if she indulged during this stressful time?

Christie had plenty of reason to be stress eating. In late March, when New York City was in the throes of the coronavirus, she tearfully told Extra that both of her daughters, Alexa Ray Joel and Sailor Lee Brinkley-Cook, were “in the city.” She was safely in the Hamptons, quarantining with her son Jack Paris Brinkley-Cook. But, she was a worried mom.

At that time, she was focused on giving back. Her company, Bellisima Prosecco helped buy personal protection including masks for frontline workers. Brinkley’s company worked with Direct Relief, who mobilized efforts to get the protective equipment out to nurses, doctors and others who are risking their lives to save those with Covid-19.

During this interview, Christie Brinkley agreed that people were drinking more during the pandemic. But, pointed out that they are “eating more, too!”

Supermodel Gave Up Vegetarian Lifestyle After Breaking Arm On DWTS

Christie Brinkley fans know that she has been a vegetarian since she was a young teen. But, this recently changed. Last September, when rehearsing her dance moves for Dancing With The Stars, she broke her arm. Her recovery was slow and part of it was due to her non-meat diet. She needed more protein.

So, the Supermodel was forced to change her vegetarian lifestyle. She became pescatarian and began eating salmon to help boost her protein. Salmon is a superfood. Besides being high in vitamin D, the omega 3 fatty acids in salmon helps with inflammation regulation and helps with injury recovery. In addition, these nutrients  help prevent joint stiffness. And she shared that her signature blonde hair was now thicker. What a bonus!

What Is Christie Brinkley’s Secret To Weight Loss?

So, what is Christie Brinkley’s secret to weight loss. She told Extra that they are growing a victory garden. This means lots of healthy, low cal fresh veggies to eat. How is her garden growing? Quite well it seems. Brinkley shared the progress, “This morning we were just looking, we’re getting cucumbers, peppers, and tomatoes are ready to burst.” Sounds like the makings of a fine salad.

They also have chickens! They just introduced a second batch to her original batch. This way they can have fresh eggs.

In addition to healthy eating, gardening is a great way to get into shape. The digging, bending and working burns calories. Of course, Brinkley is taking it up a level. She shared that they take their boat to a “deserted beach.” There, they swim, speed walk or run safely, where there are no people. She is also using her Total Gym, which she “dragged into her bedroom.” Christie has endorsed Total Gym for quite some time now, and pointed out that she “really does use it.”

Although many quarantine restrictions have continued, the good news is that her Bellissima Prosecco line has a sugar free prosecco. That means if we follow Christie’s lead and lose some weight, we can still kick back at the end of the day.