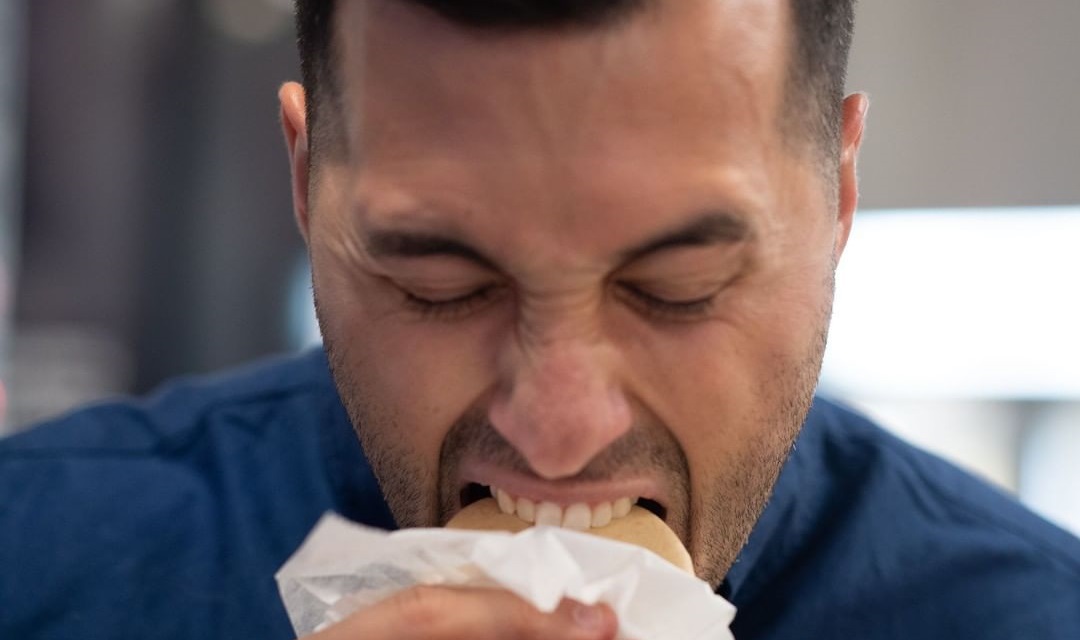 Whether he realizes it or not, Jeremy Vuolo has repetitive habitual behavior he demonstrates in most of his photos. There is something he does in nearly every photo he and his wife Jinger post on social media. Something both fans and Duggar critics have picked up on. Something that in the dark and negative world of the Duggar snarks constantly slam Jeremy Vuolo for. What is it that Jeremy Vuolo makes a habit of doing in all of his photos? Keep reading to find out.

Now, within the Duggar family tree it is a known fact that most households are male dominated. What does this mean? Well, it means the husband and father of the household runs the house and family. They make all of the major decisions.

Jim Bob Duggar catches a lot of heat for this as many critics believed he was far too controlling of his children and wife. When it comes to his children, some Duggar fans and critics believe the husbands and fathers do not have a choice but to take charge of the family. This is because they believe Jim Bob’s daughters are brainwashed. And, they do not believe they are given enough of an education to survive in the world without a man to tell them what to do.

Now, with all of this information in mind… This article isn’t about what comes out of Jeremy Vuolo’s mouth. This is about his mouth physically being open in nearly every photo he and Jinger share on Instagram.

A quick scroll through his profile (or Jinger’s) will reveal this to be true. Most photos feature Jeremy Vuolo with a gaping black hole between his teeth with every smile. With rare exception, Jeremy Vuolo has his mouth open in every single photo.

This is a habit that baffles the Duggar snarks.

Now, Duggar Snarks on Reddit and on Facebook constantly call attention to Jeremy Vuolo and his gaping open mouth. “Shut your mouth,” is a piece of advice they give with nearly every picture.

There’s a carelessness possessed by children that we could learn from as adults. I mean the harmless kind, like attacking a juicy orange without caring if it stains our clothes or makes our hands all sticky. We can miss the little joys by caring too much about things that don’t matter, like a clean t-shirt. Sometimes the best things in life come with stains. #mondaythoughts

But, what they don’t understand is why. Why does he smile with his mouth open? Why is his mouth open in every single photo? After all, it actually takes more work to smile while keeping your teeth apart than it would to just flash a closed mouth smile or keep your teeth together.

Unfortunately, we may never know why Jeremy Vuolo has his mouth open in nearly all his photos. Some Duggar snarks speculate he’s a “mouth breather.” In the Duggar snark community, the critics have taken relief in the fact that Jeremy is wearing facial masks. After all, it means they don’t have to see his open mouth for a while.

So, did you notice Jeremy Vuolo opens his mouth in all his photos? Does this bother you the same way it bothers Duggar snarks? Tell us about it in the comments!