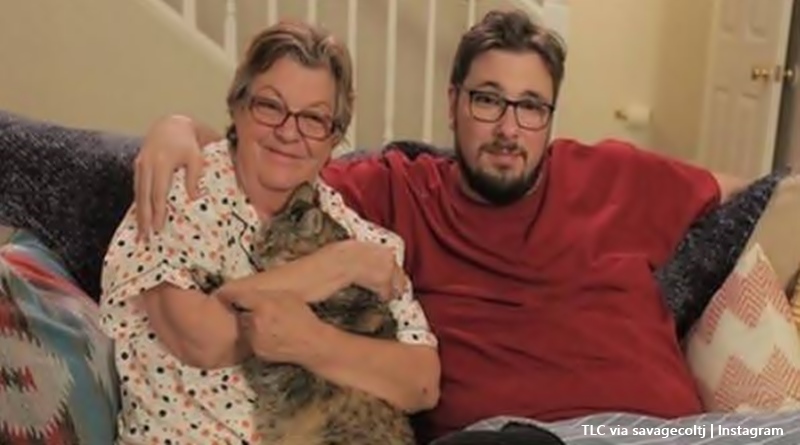 90 Day Fiance fans know that Colt and his mom Debbie seem very close. In fact, so close, that some fans feel no matter what, she won’t let her son make a family for himself. Many people felt that Larissa Lima and Colt were doomed before they even started. Now they saw Debbie go into meltdown because Colt kissed his new girlfriend Jess in front of her. Fans started calling for a TLC crossover with sMothered.

sMothered brings very close and almost unnatural relationships between women and their daughters. Certainly, a mother and son relationship could bring added interest to the show. Plenty of fans freak out at scenes like Brittani and her mom Mary showering together. They also go for colon cleansing therapy together. Then, there’s Lauri who gets her rocks off smelling the ancient baby teeth of her daughter. How about Cher who gifted her pee-contaminated pregnancy test to her mom Dawn?

The show brings some rather bizarre relationships. Some people think the cast suffers from serious mental health issues. Meanwhile, over on TLC’s 90 Day Fiance, they see a cloying relationship between Colt and his mom, Debbie. Things never worked out for Colt and Larissa, and if Debbie gets her way, Jess is also out the door. In fact, it seems that Colt and Larissa might have made something of their lives if Debbie stayed out of it. But with Jess, she’s found a lot to be unhappy about as well.

Happily Ever After shows Colt and Jess. They kiss and make out a bit. Naturally, this horrifies Debbie. She seems convinced that Jess just wants a baby with Colt so she gets a green card. Even before Debbie met Jess, she asked Colt if he’d dump Jess if she got a bad feeling about Jess.  It comes over as if anyone who marries Colt also marries his mother. That’s why so many fans think they should cross over to sMothered.

Over on Twitter, many 90 Day Fiance fans think the couple should just go on sMothered. In fact, one fan suggested that TLC got the idea of sMothered after they met Colt and Debbie. Here’s what a few of them said about it:

Anyone ever think that Colt and Debbie are on the wrong show?? #SMothered vs. #90dayfiance

What do you think of Colt and Debbie? Would they fit right in on TLCs sMothered? Sound off in the comments below.