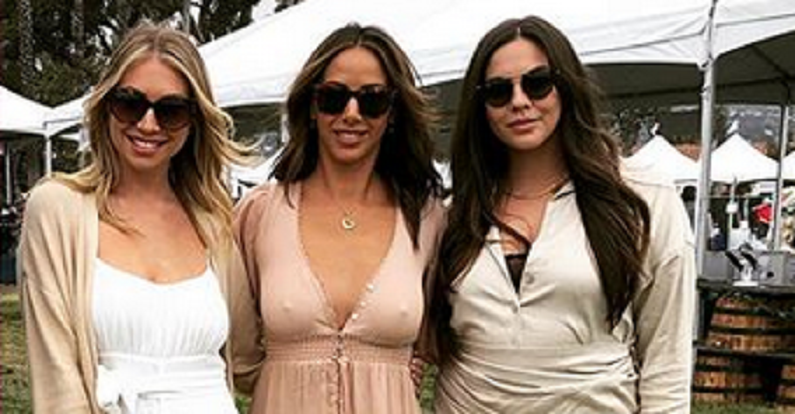 It’s official. Stassi Schroeder, Kristen, Doute, and Katie Maloney-Schwartz are friends again. The Vanderpump Rules trio is back together. This comes after the so-called “Witches of WeHo” fell apart on the Season 8 finale of the Bravo series.

TV Shows Ace previously posted the photo of the ladies lunching together. They were spotted dining outdoors at the Grove in Los Angeles. Now, new details have emerged about their recent sighting. Stassi has remained close with Katie despite her Bravo firing. She also reconnected with her fellow axed co-star, Kristen Doute. Read on to learn more about the ladies’ latest reunion.

Us Weekly got the exclusive details on the former Vanderpump Rules costars. The two have since made up since Bravo fired them last month. Stassi Schroeder and Kristen Doute reconnected following the shocking firings. That shared moment in their lives has helped repair their friendship.

“Stassi and Kristen are friends at this point,” an insider told the outlet on Friday, July 10. “The two of them are going through this together and the experience has brought them closer together again.”

when I say bachelor, you say ETTE! 👰🏻✨#pumprules TONIGHT!

Bravo fired both VPR stars last month after former costar Faith Stowers recalled a 2018 incident where Stassi and Kristen called the authorities on her. The former reality stars reconnected over their joint firing. Though Kristen and Stassi have had their share of ups and downs, they don’t want to throw their friendship away over some guy. Kristen had a falling out with both Stassi and Katie due to her on-and-off relationship with Brian Carter.

“They’ve also been friends for such a long time and neither thinks that the friendship is worth just throwing away,” the insider told Us Weekly. “Kristen has been making a big effort to repair their relationship and she feels especially bad and sympathetic toward Stassi because she is going through this while pregnant.”

Fans watched their friendship fizzle on Season 8 of Vanderpump Rules. Meanwhile, Stassi addressed their fallout on the May 19 finale.

Witches of WeHo reunited for lunch this week

Stassi Schroeder, Kristen Doute, and Katie Maloney-Schwartz dined together. It was their first sighting as a trio since the VPR firings. The Witches of WeHo were spotted at La Piazza at the Grove in Los Angeles on Wednesday, July 8, according to an eyewitness. The Bravo stars even posed for pictures with young fan and actress Julianna Gamiz. She shared the photo on Instagram, which was later deleted.

“The girls were super nice,” Julianne told Us Weekly. “We totally interrupted their dinner to get a picture, but they were so sweet about it. We even got a chance to congratulate Stassi on her pregnancy.”

In the photo, Julianna posed in front of the ladies’ table. She wore a black face mask amid the coronavirus pandemic. All three ladies looked happy and glowing in the snapshot. This was the first sighting since Kristen attended Stassi’s birthday party, which took place at Katie and husband Tom Schwartz’s L.A. home.

What are your thoughts on Stassi Schroeder and Katie Maloney befriending Kristen Doute? Sound off below in the comments section.