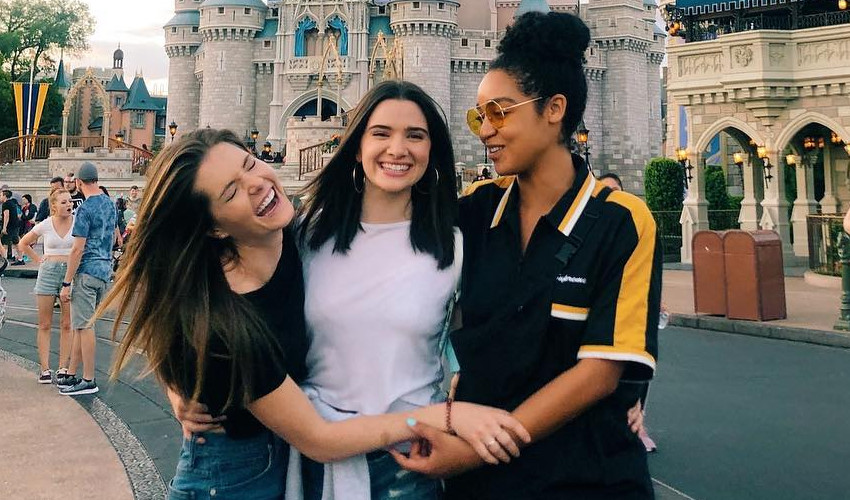 It seems as if The Bold Type’s Season 4 just kicked off but the season finale is next week! One of the stars of the show, Katie Stevens, explains why the show’s abrupt season ending actually works. She also hopes that Freeform will renew the series for Season 5.

If you haven’t watched the July 9th episode, back out now. To talk about the season finale, we have to talk about what went down this week.

The reason why The Bold Type is ending Season 4 abruptly comes down to one word: coronavirus. Many network shows were cut short due to television production shutting down in March. The Bold Type was in the middle of filming one of the final two episodes when the shutdown went in effect.

As a result, the Season 4 finale will be episode 16 instead of episode 18. The stories we’ve seen play out on Season 4 will likely be left up in the air. If the show gets another season, the writers may pick up at episode 17 or scrap them and start Season 5 fresh.

Scott expressed his attraction to Jane in the July 9 episode. Unfortunately, it’s complicated because Jane is his boss at the fictional Scarlet magazine. Kat is exploring her own complicated attraction when she finds herself drawn to someone politically opposite of her own views.

Meanwhile, Sutton and Richard hit a turning point in their marriage when he wants children and she doesn’t. Ever.

What Fans Can Expect in the Season Finale

The July 16 finale picks up with Sutton and Richard’s heartbreaking realization about their marriage. The preview teases that Jane suspects something is up between Kat and Ava (Alex Paxton-Beesley.)

The trailer also shows Jacqueline killing a story that Jane was working on about sexism in the workplace. Jane vows to fight for her story, but will it harm her future with Scarlet magazine?

Fans shouldn’t expect Season 4 to end in a neat bow. In an interview with Entertainment Tonight, Katie Stevens opens up about her hopes that Freeform will pick the show up for Season 5. She says, “I’m interested to see in another season if we’ll see her dealing with that more now that she’s kind of taking control over how she feels about her body and she’s wanting to move forward from that.”

Jane opted for a double mastectomy during Season 4 due to her carrying the breast cancer gene.

Love The Bold Type? Check Out These Other Freeform Shows

With The Bold Type wrapping up Season 4, there will be a gap for angsty dramas. Hopefully the show returns to Freeform in 2021 for Season 5. In the meantime, the original cast of The Fosters are reuniting for a good cause. They are live-streaming a reading of the pilot script on July 16 to benefit The Actors Fund. Read all the details here.

Freeform is creating a romantic comedy called Love in the Time of Corona. It’s about “learning to love in the time of social distancing.” The scripted show will premiere sometime in August on Freeform.

Watch the Season 4 finale of The Bold Type Thursday, July 16 on Freeform.