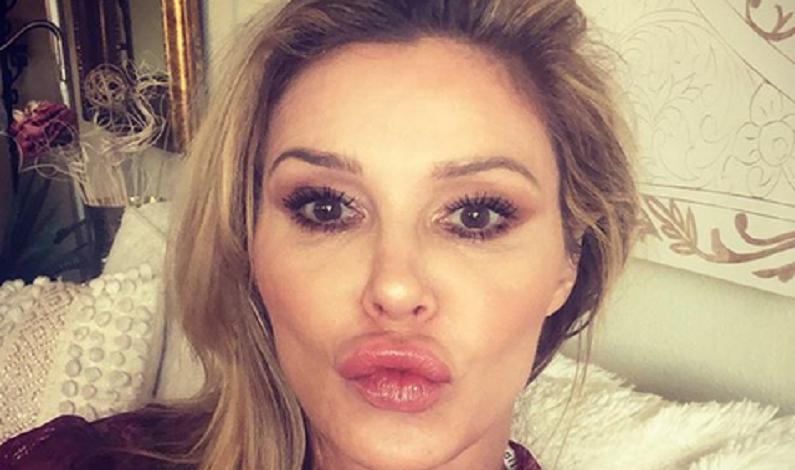 Brandi Glanville may seem like a tough woman. But even she gets anxious sometimes. In the teaser for the explosive new episode of the Real Housewives of Beverly Hills, Brandi admits she feels “nervous” about running into Denise Richards.

This comes months before she claims she had an affair with Denise. This is also before she starts dropping hints about their alleged affair on social media. The RHOBH alum even shared the details in an exclusive interview with People.

The Real Housewives of Beverly Hills returned this week – and it kicked off with a bang. The drama will intensify with Brandi’s upcoming return.

The Real Housewives of Beverly Hills made its return on Wednesday, July 8. The drama is going to ramp up with Brandi Glanville making her big comeback. Following its month-long hiatus, the popular Bravo series returned and teased drama that will unfold as Season 10 continues. In one of the many storylines is former Housewife Brandi, who attends Kyle Richards’ party in an upcoming teaser, as per People.

“Brandi!” Kyle shouts as she makes her entrance. “You look gorgeous!”

“Oh my God,” Brandi says as she hugs Kyle.

“Yeah, I’m a little nervous. I don’t know why,” Brandi says as the scene cuts to Denise Richards and her husband Aaron Phypers standing together.

Next week’s episode is an RHOBH reunion. Former Housewives Adrienne Maloof, Camille Grammar, and Eileen Davidson also attend the party. Brandi isn’t the only one who has drama with the current cast. When Kyle says that Camille is arriving, Dorit Kemsley says, “Well, I know it’s fire season – I didn’t realize the snakes were out as well.”

There have been rumors about an alleged affair between Denise Richards and Brandi Glanville. Denise has denied the rumors. On the show, Brandi shares the details of her alleged fair with the Wild Things actress.

Brandi posted a photo of herself kissing Denise before RHOBH drama

Brandi Glanville has been stirring the pot on social media. Late last month, the 47-year-old posted a photo on Twitter that shows her kissing the RHOBH star.

“Making dinner for my fam/neighbors – #snack on this,” Brandi captioned the post.

RHOBH fans tried to figure out who Brandi was kissing in the picture. The photo was shot in low-light and appeared grainy. While Denise hasn’t commented on the photo, she has denied the alleged affair to People.

Back in April, an inside source told People that Brandi said her affair with Denise “happened more than once.”

“She says it was never serious, but they had fun,” the insider added.

As shown in the RHOBH’s super tease, previously shared by People back in June, Brandi revealed her alleged affair with Denise to the other Housewives.

Audrey Roloff Reveals Why She Kept Her Pregnancy A Secret
‘Below Deck Med’: Lexi Wilson Actually Liked Her Crew Members
OH NO!!! Jessa & Ben Seewald Are Hurting For Money After Giving Birth?!
‘Prison Break’ Wentworth Miller Reveals Autism Diagnosis, Overwhelmed By Support
Javi Marroquin Calls Cops On Lauren Comeau For Abuse, Guess Who Has His Back On This?