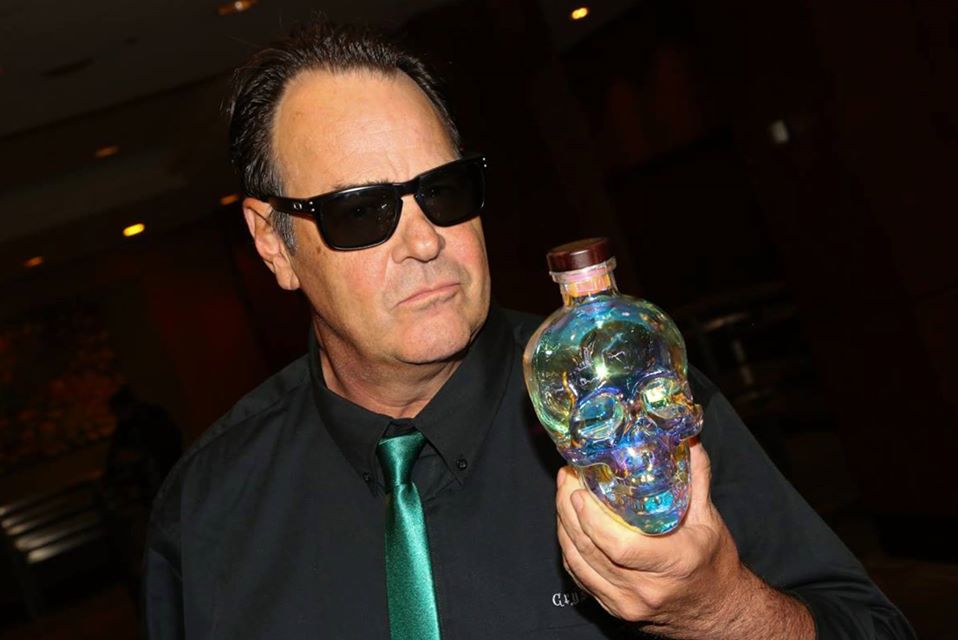 Who you gonna call? Dan Aykroyd!

No, Halloween didn’t come early this year. But that’s not stopping Ghostbusters actor Dan Aykroyd from lending his voice to a new paranormal TV series. Hotel Paranormal will premiere this Saturday on the Travel Channel at 10 PM eastern time.

The show aims to educate people about paranormal experiences. However, even if you don’t believe, Dan Aykroyd thinks you will enjoy the show anyway.

“It’s so much fun. Bottom line about all of it, whether you’re a believer or not, it’s entertaining,” Aykroyd told People. Hotel Paranormal explores haunted hotels from all over the world and the spooky encounters guests experienced. The show will have a similar format to other paranormal shows on the travel channel. Guests’ stories will be told through recreations, but there will be some actual footage thrown in the mix as well.

Aykroyd himself has believed in ghosts his entire life. He says, “The incredible encounters we’re highlighting will open up a lot of minds and hopefully break through some of the skepticism people carry about the paranormal.”

Dan Aykroyd is definitely no stranger to the stage or screen. He is famous for several iconic roles in addition to Ghostbusters, which include Saturday Night Live and The Blues Brothers. Aykroyd is also a very successful businessman. Have you ever tried Crystal Head Vodka? You can thank Dan for that.

While Ghostbusters is known for being remarkably funny, Paranormal Hotels has a more serious note to it. Aykroyd says the producers are treating the topic with sensitivity and understanding. He tells People, “The tone and sensitivity towards these people in these cases is really what attracted me. The producers realized these people have been through traumatic experiences and they give them a forum to talk about it.”

The Travel Channel is certainly no stranger to paranormal-based television shows. Ghost Adventures has been a staple of the network since 2008. The show’s star, Zak Baggins, is entertaining fans during the quarantine. His Las Vegas museum closed during the early parts of COVID-19, so he has a little extra time to entertain these days. Baggins teased upcoming episodes on his Instagram, including opening an evil box that allegedly contains evil spirits. Whether you believe in evil spirits or not, we’re not sure 2020 can take any more mayhem. Perhaps opening the evil box wasn’t the best idea.

Time to open the box — the dybbuk box. Are you ready? 👀😲😬⁠ ⁠ The can’t-miss finale of #GhostAdventures: Quarantine premieres this Thursday at 9|8c!

We will be tuning in to hear Dan Aykroyd’s voice in Hotel Paranormal! Will you? What do you think of this project? Are you also a believer in ghosts, or do you think it’s just everyone’s imagination? Let us know in the comments. Follow TV Shows Ace online to stay updated on television and entertainment industry news.