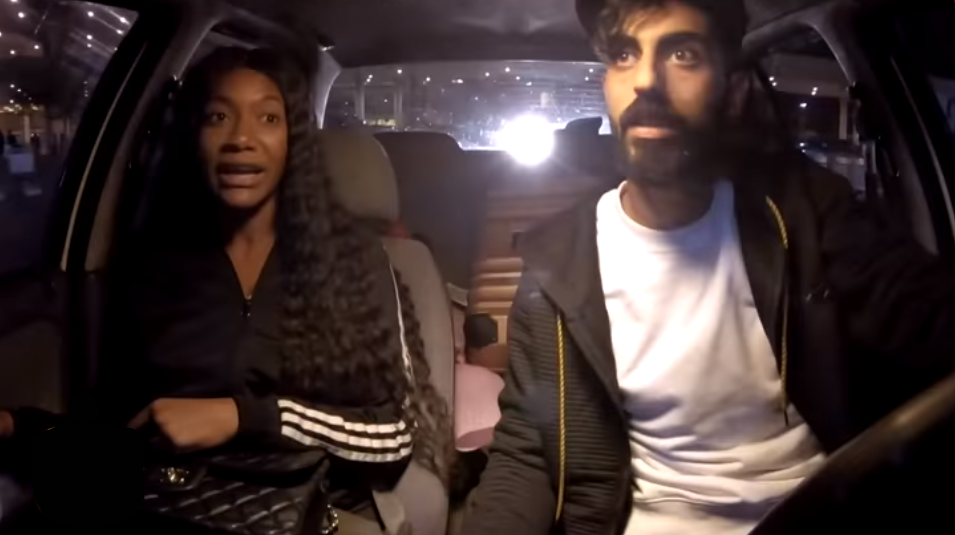 90 Day Fiancé: The Other Way fans were shocked when Brittany arrived in Jordan to meet her online love Yazan. She immediately made it clear she had no respect for Muslim culture. First, there was a bottle of tequila in her carry-on and next, she warmly hugged the TLC crew. While these incidents were bad, a sneak peek into next Monday’s episode which promises more problems for the unconventional pair.

90 Day Fiancé: The Other Way drama continues for Brittany and Yazan

Brittany, 27, is a free-spirited rapper from Palm Beach, Florida, who flew to Amman, Jordan to be with Yazan, 24. On arrival at the airport, Brittany sparked a fight between herself and Yazan. The TLC reality star did two things which immediately caused problems. First, she hugged the TLC crew as they put a mic on her. This in itself is a no-no in a Muslim country, but Brittany made matters worse. This was by revealing a bottle of alcohol in her carry-on luggage.

There is also the matter of Yazan and his family wishing Brittany to convert to Islam, but she says she won’t do that for anyone. ET has released an exclusive sneak peek into next Monday’s episode of 90 Day Fiancé: The Other Way. In the clip, Brittany and Yazan continue to argue over what happened at the airport.

When talking about the hugging thing at the airport, Yazan says he is jealous when she hugs someone else. The 90 Day Fiancé star says he can’t stop being jealous because he loves her. The American rapper refuses to back down. She says she will continue to hug other Americans, as it is their custom. With Arabic people, she says she will just say “hi” as he has requested.

Yazan says no way to hugging

Yazan responds to Brittany, saying it is so wrong. He says he can’t say to her it’s OK to hug a man, he cannot do it. Brittany gets upset at the point. She has opened up in the past about having a controlling ex-husband. Brittany says she will never accept that kind of behavior again.

She tells, Yazan he’s not going to talk to her like that. Brittany accuses him of speaking to her like she is a kid. She says he wants to control everything that she does like she is an object. She stresses, “I’m a person, I’m a human being.”

From the clip, Yazan doesn’t seem to take Brittany seriously. While the 90 Day Fiancé star yells at him, he laughs and plays with her hair. Brittany responds to this by telling him he doesn’t respect her. She also says he doesn’t love her because he won’t let her be herself. At this point, she asks Yazan, “Why the f**k would I change myself?”

Yazan claims Brittany doesn’t love him, because she won’t change for him. She says he doesn’t love her if he wants to change every little thing about her. When Yazan continues to laugh, she says she doesn’t find it funny, as she is the one that came “all across the f**king world” to see a person who doesn’t care about her.

Watch the action as it happens on 90 Day Fiancé: The Other Way airs Mondays at 8 p.m. ET/PT on TLC. Also, listen to Brittany speaking to ET about their problems in the video below.