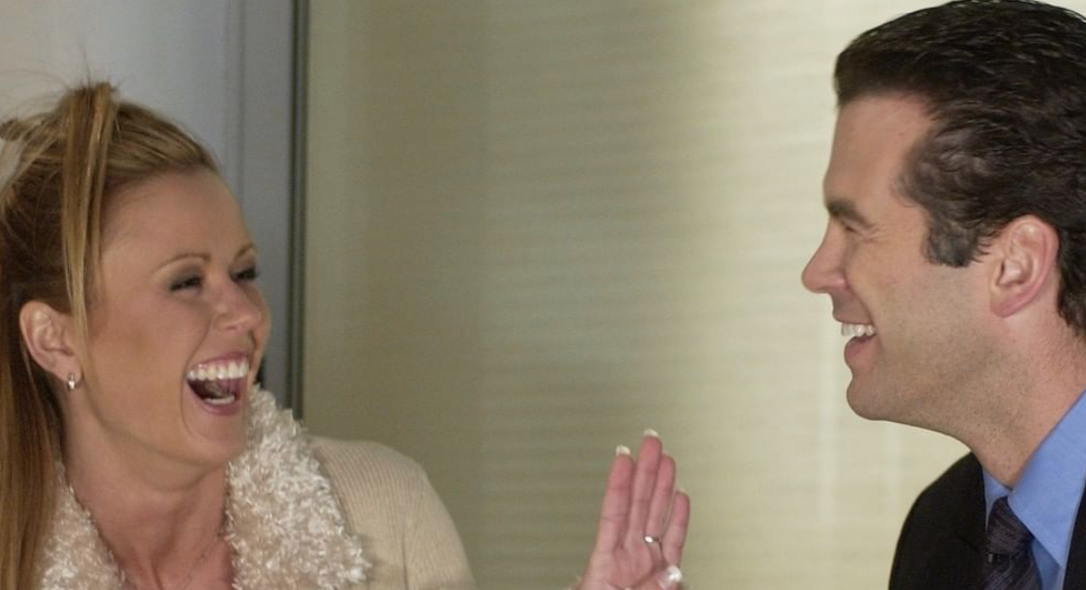 Trista Sutter from The Bachelorette is clearly a little sentimental. Turns out, she kept something from her season that shows just how much she loves her husband.

‘The Bachelorette’ keeps her rose

Trista was featured on the most recent episode of The Bachelor: Greatest Seasons — Ever! She was actually the first Bachelorette to ever grace the TV screens. She took over this week and gave everyone a glimpse into what that looked like the very first season as she paved the way for countless women to come after her. Not only was she the first, but she’s also been in the longest relationship. She and her husband, Ryan, have been together for nearly 20 years.

According to Yahoo! Trista kept one very important thing with her after the show ended – the final rose she gave to her now-husband. How sweet is that?

Trista also went into detail about how her season was different than the seasons now. For starters, she only kissed three men that aren’t her current husband. For anyone that has seen recent seasons, they have all usually kissed by episode two and if there is anyone that hasn’t…it generally means bad news.

Even Trista said she wants the show to get back to the innocence that it once had.

Now, Trista and Ryan share two children. Trista says her son doesn’t care that she was on The Bachelorette, but her daughter thinks that it’s all pretty cool. They are just the start of the long line of Bachelor children that have and will continue to come after them.

Before the airing of her show this past week, everyone started to notice a few things about the cast after a post went up on Instagram of all of her men. For starters, it was very 2003.

It turns out, Trista’s season wasn’t very diverse. In fact, she only had two men on her season that weren’t white. That’s not the only thing people are pointing out though. All of her men also had very ill-fitting suits. Let’s be honest, it was 2003. No one was paying too much attention to the way their suits fit.

In the end, Trista was able to find her soulmate and that’s really what matters.

Did you watch Trista’s season of The Bachelorette? Let us know your thoughts in the comments below. Come back to TV Shows Ace for more news on all of your favorite Bachelor Nation stars.