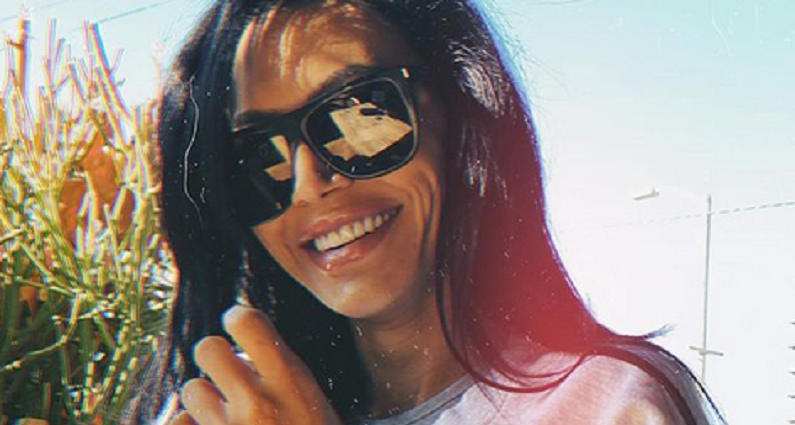 Naya Rivera fans are looking into her social media accounts for clues. The former Glee actress went missing on Wednesday, July 8, and is presumed dead. An innocent boating trip with her son quickly turned into a tragedy.

Fans are looking for clues into her social media message and song lyrics. Understandably, they want to know what happened. Authorities from Ventura County ended the search on Wednesday evening in Lake Piru because of darkness. But the search continued on Thursday morning. In the meantime, Demi Lovato and Naya’s Glee costars are asking fans for their prayers.

Fans have also noticed a chilling message she left on social media.

“Just the two of us,” Naya Rivera wrote in the caption. In the photo, she’s with her 4-year-old son, Josey Dorsey, who she shared with actor Ryan Dorsey. Thankfully, he was found alive and safe in the boat. As per The Blast, another boater noticed Naya’s son sleeping soundly on the unattended drifting boat.

Josey reportedly told authorities that his mother jumped into the lake but did not return to the boat. Amid Naya’s disappearance, fans are looking for clues on social media. At first glance, Naya’s last post may seem innocent. But fans noticed that it includes the lyric to Eminem’s 1997 song “Just The Two of Us.”

The details behind Eminem’s controversial 1997 song

Naya Rivera freaked out fans with her final social media post. The song includes an audio message that alleges the character of Eminem kills his ex-wife by drowning her in a lake right in front of their daughter. Some of Naya’s fans took to her social media accounts to inform others about the disturbing lyrics:

The lyrics were also controversial at the time of its release because he was in a public fight with his ex-wife, Kim. Some of Naya’s fans got the chills from her final social media post.

“Strange to me that her last photo was captioned with the same as this song, with such lyrics,” one fan wrote.

Another fan thinks that the 33-year-old actress counted down to something big. Naya’s previous social media had a countdown. At the time, fans thought she was announcing new music or a project.

“Just the ‘two’ of us… when she was counting down on some of her posts and she ends up with this particular photo of her and her son…she ends it with ‘two’ and now it’s just him left,” the fan wrote.

However, some fans are dismissing this latest conspiracy theory. It’s unclear what happened in the missing person case. While Naya is presumed dead, authorities continue to search for her body. Most fans are just hoping that the actress is found safe and sound soon.

She’s presumed dead after her 4-year-old son was found on a boat without her. According to the latest reports, on Wednesday, Naya Rivera went boating with her son. The mother and son rented a pontoon boat around 1 p.m. No one else was with them, as they were probably practicing social distancing during this time.

After their three-hour rental, another boater spotted Naya’s boat and found her son sleeping by himself. In addition, investigators found her car still in the parking lot with her purse inside.

Previously on July 2, Naya eerily tweeted, “No matter the year, the circumstance, or strife every day you’re alive is a blessing. make the most of today and every day you are given. tomorrow is not promised.”

no matter the year, circumstance, or strifes everyday you're alive is a blessing. make the most of today and every day you are given. tomorrow is not promised

Naya’s presumed death is probably by accidental drowning. According to a 2000 L.A. Times report titled “Lake Piru’s Tragic Toll,” many people have drowned there.

Check back with TV Shows Ace for the latest news on the Naya Rivera missing case.

‘LPBW’ Audrey Roloff Shares Daughter Ember Is Fearless Here’s Why
Wait, Why Was Jeremy Vuolo Silenced On TikTok?
‘General Hospital’ Spoilers, August 2-6, 2021: What Is Austin Up To?
‘The Masked Singer’ Season 6 Production Continues Despite Positive COVID-19 Tests
Danielle Busby Shows Us Why Parker Is NOT A Morning Person