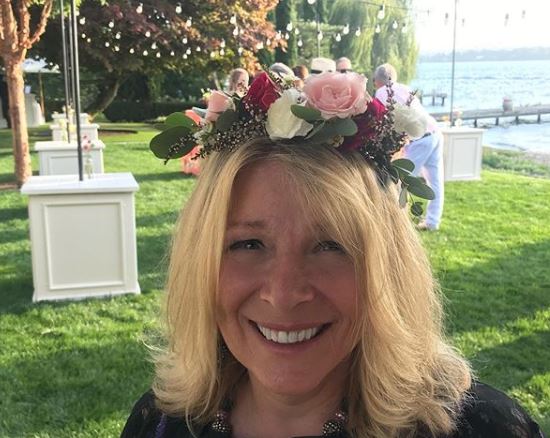 Married at First Sight fans are already feasting on all the details of the five New Orleans couples chosen by the experts to have the best chance at forever love.  Lifetime is laying heavy bets that Season 11 of the arranged marriage reality show will draw huge fan favor.  On Wednesday, July 8, the network aired a full block of Married at First Sight delight.  Kevin Frazier chimed in with some beloved success story couples and the experts convened to give their best pitches for their preferred couples in the matchmaking special.

Some entertainment pros from Variety, Us Weekly, and YouTube were long for the ride, but it was the couples themselves who won the night.  Cheering sections are already in force for favorite couples, a power couple, and even a problem groom.  The previews call Season 11 of Married at First Sight the “craziest season ever,” and that’s saying something after the disasters in Season 10, save for the endearing Austin and Jessica.

There could be some keepers from this season in The Big Easy, and as always, Married at First Sight will teach the pairs some unforgettable lessons of life and love.

Brett is already in a ‘Married at First Sight’ conundrum

Nothing is private when the cameras are rolling, and Married at First Sight fans remember all too well how Brandon Reid seemed to forget all about the parameters of agreeing to be on the reality show last season.

Brett works in IT, and “loves doing anything with my hands” as he demonstrated on the previews.  He builds with lumber and enjoys taking things apart and putting them together again.  He also loves cats, which is a major reason why he was selected to be Olivia’s husband.   Olivia is a nurse and she’s had enough of “being the third wheel.”  She’s ready for a forever relationship, and she also has a fun side.  She knows every Lil Wayne song lyric.

Brett says “I’ve been ready for marriage for a long time,” but he also admits that he’s dated “about 45 women” in the past three years.  Yahoo reported  July 8 on a video snippet of Brett from the bachelor party which was also revealed in the Married at First Sight kickoff special.  Brett has clearly indulged in more than a few beers and he makes some moves on another groom’s friend.

Bothersome beyond too much beer

Henry is another chosen groom in the coming Married at First Sight season.  While Henry is casually and innocently talking with some of his invited female friends, Brett forces his way onto a small sofa, trying to get the attention of one of them, Kristin.  She immediately turns from him and moves in the other direction, but he persists.  Later, Brett is seen being picked up by someone from the party.  Henry cautions that “He’s going to need someone who can put up with a lot.”  Olivia may or may not have that kind of tolerance.

Pepper Schwartz confessed that she’s not “confident” about Olivia and Brett, but she’s “hopeful” because she thinks the two will find each other interesting.   At least it’s something to start their Married at First Sight journey moving forward.

Speaking of Dr. Pepper Schwartz, she had the most interesting visits with Amelia and Bennett, the most delightfully different couple of this Married at First Sight adventure.  Amelia just graduated from medical school and is now a doctor.  She is decidedly ready to have a “Mrs.” in front of her name, too, and Bennett asked Pepper Schwartz if he could take his wife’s name when she told him that he had been matched.

Bennett grew up in the theater, performing in plays written by his mother.  No one can say he’s lazy. He works as a theater director, a pedi-cab operator, a landscape assistant, and a playwright.  All of his side hustles were a little concerning to Pastor Cal Roberson, who thought so many directions gave him no directions.  In the end, however, Roberson was persuaded that “they’ll find each other” in the most important ways.

Amelia adores creativity.  You can find her walking a high rope in the park, playing music, and always in creative mode when she’s not fulfilling her medical vocation.  She grew up with a working mom and a stay-at-home dad, and she’s fine with having someone “to raise my babies” while she is the breadwinner.  Every one of the guest contributors became smitten with this Married at First Sight match, and they’re already gaining a following.

By the way, Bennett also built his own tiny house, but it doesn’t have a bathroom.  That may be the first bone of contention between these lovebirds.

Pastor Cal is a big fan of Karen and Miles.  The expert contends that they could become the next “power couple” in the Married at First Sight dynasty.   Kevin Frazier puts forth one problem, though.  He insists that Miles is the male version of Shawniece from Season 6, and Karen is the female Jephte.  The real Shawniece and Jephte weighed in on how this season should be “interesting” with the reverse similarities.

Karen has a few walls up from being hurt in a long-term relationship.  Miles, on the other hand, works with kids and is very openhearted and playful.   He is only 26, and Karen is a stickler for the 27-37 age range that she told Pastor Cal she preferred.  Jephte was also 26 when he was matched with Shawniece. Miles agrees that “no one takes a 26-year-old seriously.”  This is a man with serious intentions, and hopefully, he’ll be able to prove his true heart to his Married at First Sight bride.

As it turns out, Miles has a best friend, Woody, who is also a Married at First Sight groom in Season 11.  Woody has a big personality but also big passions.  Pastor Cal believes that his bride, Amani, has enough spark to satisfy him.  Another couple, Henry and Christine, have also endured their own stories of loss and losing at love, and they have hearts that seem ready to take the Married at First Sight leap.

This crazy  Married at First Sight ride may have potholes, detours, and plenty of bumps along the way, but as long as the couples keep the real goal of lasting love in mind, marvelous things can happen.

Season 11 of Married at First Sight premieres next Wednesday, July 15, on Lifetime.