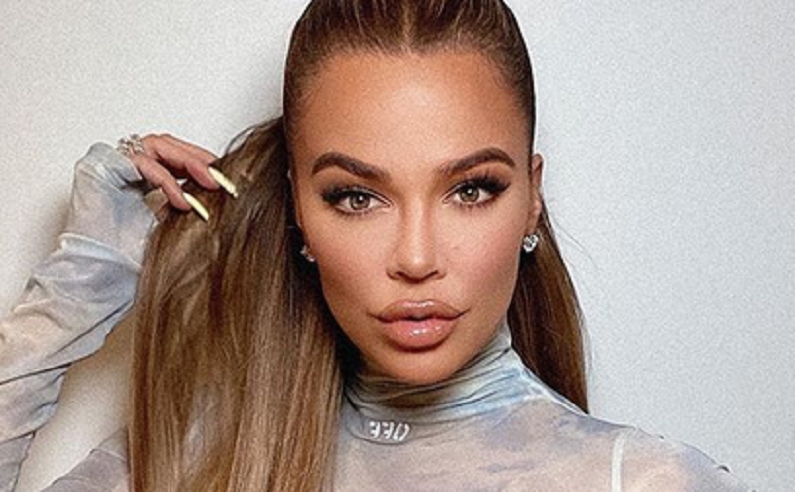 Khloe Kardashian keeps changing up her looks. At first, the Keeping Up With the Kardashians star went “bronde.” Then she went full-on brunette. Now, the reality star resembles her younger sister, Kylie Jenner.

Khloe’s fans don’t know what to think of her latest Instagram post. They claim that the reason why she looks “so young” is because of her alleged plastic surgery. It’s obvious that Khloe likes to switch up her style quite often, but her latest series of looks have fans wondering who they’re looking at. Others feel that she’s unrecognizable in her new photo. Read on and share your thoughts below.

On Tuesday, July 7, Khloe Kardashian shared a photo that confused fans, as per Yahoo! Entertainment. The photo is shot from afar and her hair color is a deeper brown hue. Most fans thought it was a photo of her sister, Kylie Jenner. Even Khloe remarked that she looks “so young” in the photo.

Tie Dye @talentless. I look so young in this photo 🤪 I love it! Lol maybe it’s the hoodie?!

But Khloe’s fans had different reasons. Most of them accused her of going under the knife again.

“Maybe it’s because you put a different face on your face,” one follower wrote.

Khloe is not the first one. Many members of the Kardashian-Jenner family have been accused of going under the knife. So, this latest accusation comes as no surprise to anyone. But it’ll be interesting to see if Khloe will address these latest accusations like she did before.

She responded to claims she gets “weekly face transplants”

Back in May, Khloe Kardashian shared a series of photos with her face looking much different from photos past. This led to the first accusations of plastic surgery. Most fans claimed that Khloe got a “new face.” Others accused her of getting “weekly face transplants.”

She denied the claims. In one Instagram post, one fan wrote, “Why do you look so different in all your photos?”

In June, she revealed that she changed her hair color from blonde to dark brown. The Good American founder told her fans that she wanted “a little something different right now.”

But now it’s time to focus on what Khloe Kardashian is wearing. As per People, she may have wanted to wear something that was meant for younger people. In her latest Instagram post, Khloe wore a black-and-white tie-dye hooded sweatshirt from Scott Disick’s Talentless clothing line. She loved how “young” the fashionable piece of clothing made her look.

Scott took to Khloe’s post to write, “Now that’s talent,” to which she responded, “my new career? @talentless model?”

The Flip it Like Disick star wrote, “not just model. Supermodel.” Khloe finished off her look with a black latex mini-skirt and white sneakers. She also wore her recently dyed brown hair down and straight with a center part.

Do you agree with the Khloe Kardashian fans? Sound off below in the comments section.