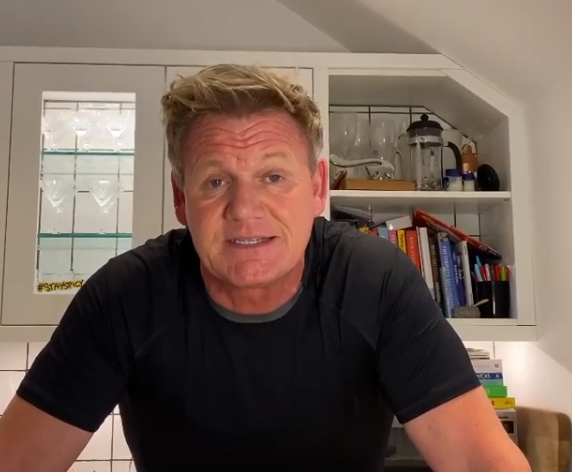 In the latest episode of Gordon Ramsay: Uncharted, everyone’s favorite British chef heads to beautiful India. Indian cuisine is particularly known for its signature spices and flavorful dishes. Culinary fanatics are in for a very special treat when the new episode premieres. In this episode’s sneak peek, Chef Ramsay learns how the locals use coconut to flavor their dishes.

Shri Bala, a renowned chef, food historian, and television host, will make an appearance in this episode. It’s certain she will have so much to share with Chef Ramsay and fans. Viewers can catch the new episode of Gordon Ramsay: Uncharted on the NatGeo channel on Sunday, July 12 at 10 PM, eastern time.

Gordon Ramsay stars in several other popular cooking and restaurant shows such as Hell’s Kitchen, Kitchen Nightmares, and MasterChef. However, Uncharted has a bit of a different feel to it. The other shows feature Chef Ramsay offering advice and instruction to chefs-in-training and restauranteers. But in Uncharted, Chef Ramsay is the student. He travels the world to learn about traditional cooking techniques and what cuisine means to different cultures.

In one episode this season, viewers meet Chef Zola Nene when the show travels to South Africa. Zola teaches Chef Ramsay about the importance of farm-to-table food. The ingredients featured were grown and harvested on Chef Zola’s own land. The episode definitely gave viewers an inside look at sustainable farming and how other cultures rely on homegrown meals.

In another episode, Chef Ramsay traveled to Guyana, a lush country deep in the Amazon rainforest. A local guide showed him how they rely on tools such as a bow and arrow to hunt their meal. Interesting local foods included caiman, piranha, and even a tarantula. That is definitely an episode worth seeing. We’re sure this trip to India will stack up well against the rest of the season.

Earlier this month, Chef Ramsay announced that his London-based restaurants were able to reopen. This is very exciting news. His world-renowned dining establishments closed in the early spring due to the COVID-19 pandemic. In an Instagram video, he announced plans for reopening while keeping customers and staff safe. Since his announcement, he’s hyping up fans with pictures and videos of his amazing creations available for purchase at his restaurants. Doesn’t that mac and cheese look amazing?

Where would you like to see Chef Ramsay go next on his adventures? We’ve already seen him head to exotic locations such as Tasmania. While you’re waiting for the new episode to drop, you can visit Chef Ramsay on Instagram and watch some of his cooking tutorials. We certainly wouldn’t say no to a scrumptious meal prepared by Gordon himself! After you watch this week’s Gordon Ramsay: Uncharted, chime in and let us know what you thought.