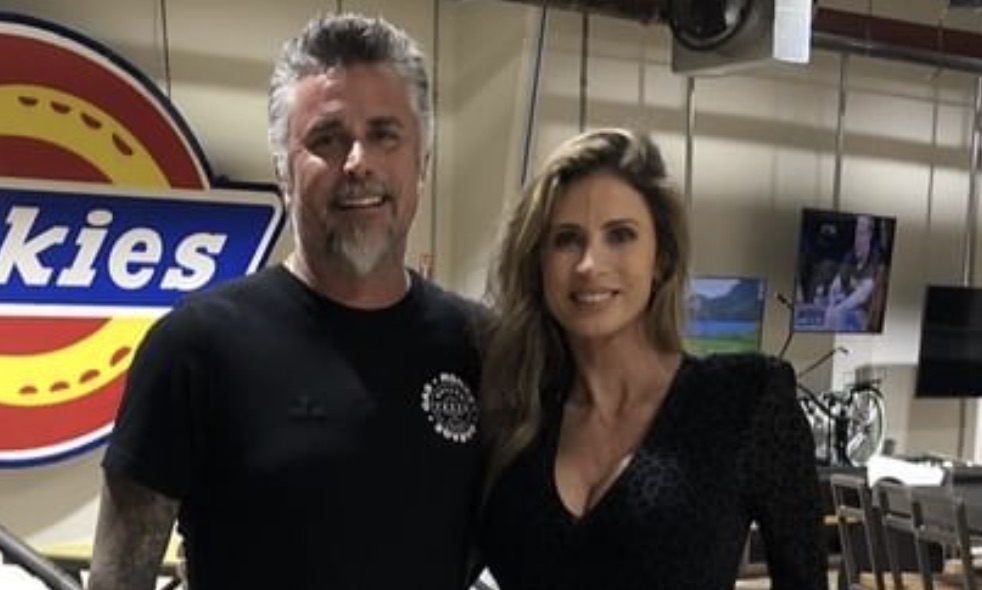 It is official: Fast N’ Loud star Richard Rawlings and Katerina Deason are married! The entrepreneur and reality star share that he found his “holy grail”! What do we know about the wedding and who is the bride?

Sounds like Richard Rawlings and his lovely bride Katerina planned their wedding in Greece. Unfortunately, the coronavirus altered their plans. Richard Rawlings posted on Instagram ” When I was lucky enough to hear Katerina say ‘Yes’ we planned a big wedding in Greece. Well, 2020 wasn’t having any of that, so we decided not to wait any longer and switch up our plans.”

The couple headed off to Key West to make it official. Based on social media, they married on July 7, 7/7. Lucky number 7 is a numerically auspicious.

Did The Rawlings Meet By Text?

When Richard Rawlings posted the beautiful wedding photo, he wrote a very intriguing caption. He began, “From our first text, to our first date, to now under an altar on the beach in Key West, I have been so incredibly lucky to have this beautiful woman in my life.”

Did they flirt by text? Did someone set them up? Sounds like there is a story here, and it has a happily ever after ending!

Fourth times a charm for Richard. His first wife was Karen Grimes. They married in 1993 and divorced a year later. Five years later, in 1999, Richard married Suzanne Marie Mergele. That marriage lasted until 2009, when they divorced. But, they got back together again and they remarried in 2015, but divorced in 2019.

But really, this is his third marriage partner, just like his new wife!

This is Katerina’s third marriage. Prior to Richard Rawlings, she was married to Texas billionaire Darwin Deason. They married in 2008. Why does his name sound familiar? He sold his company ACS to Xerox for a cool $6.4 billion.

There is no knowledge if Katerina has children, but Richard has a stepson, Sinjin Venegas, from his previous marriage to Suzanne. And this stepson is a big part of Richard’s life. Sinjin, who was named after professional volleyball player Sinjin Smith, is currently knocking out social media for Gas Monkey.

Who Is Katerina Rawlings?

Who is Katerina Rawlings, Richard Rawlings’ new wife? Her name is Katerina Panos, and most recently, Katerina Deason or Katerina Panos Deason. She turned 52 on November 5, 1967. Katerina has Greek heritage. Her nickname is Kat, which is what most of her close, personal friends and Richard calls her.

She owns her own cosmetics company. The new Mrs. Rawlings is in phenomenal shape for a woman of any age. Katerina looks like she spends some quality time at the gym, working her core, upper and lower body. Savvy social media fans know that she owns a cosmetics company. It also appears that she has some serious workout pals from the gym. With that incredible figure, it is not surprise!

Most of all, she is kind and sweet. When they got engaged, Richard’s sister, Daphne, had posted: “Kat, our family is blessed to welcome an angel such as you!”

As for Katerina, she said that her late mother must be looking down on her. She found the right guy. After they were engaged, she wrote, “I watched these moments happen in movies, read about them in books, but never really thought it would happen to me. But, God and my Mom in heaven worked overtime to bless me with a beautiful, kind, loving man who has kept me smiling since our first date. I love you Richard with all my heart and I promise to live every day trying to make you as happy as you have made me. ❤️”

Happiest life to both Katerina and Richard Rawlings!