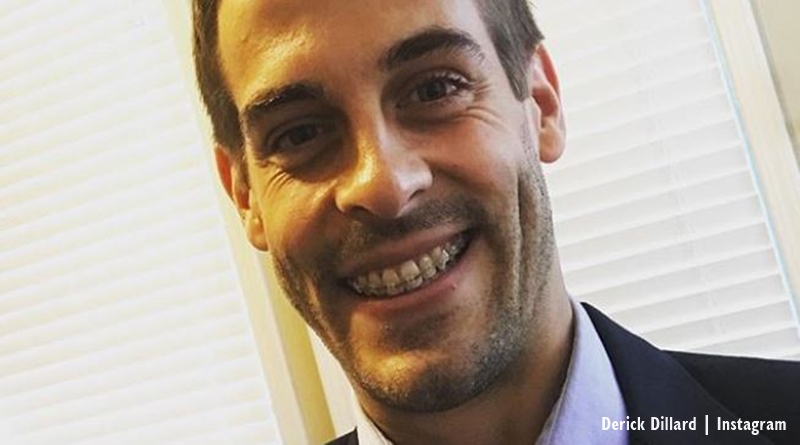 Counting On returned to TLC with Season 11 on July 7. Derick Dillard, the husband of Jill Duggar fired across TLC’s bow and claimed the show portrays nothing real. Later, he expressed more of his feelings. He went so far as to liken the abusive culture of the show to Jeffrey Epstein. It’s not the first time that Derick alleged things about Jim Bob and TLC, either.

Fans know that Derick and his wife Jill no longer feature on the TLC show. Some people still believe that Derick got fired for homophobic comments about Jazz Jennings. But, he claimed they left because the family tried to force Jill to film after her assault by her brother Josh. Plus, the adult kids allegedly don’t get paid for their appearances. Derick became more and more outspoken and threatened a tell-all book. He studies law at the moment, and we noted that some fans think he does that in preparation for backlash.

Counting On patriarch, Jim Bob apparently lawyered up ahead of the book. The Hollywood Gossip reported that someone close to the family told them about Jim Bob. They wrote, “Jim Bob has reason to be fearful about the publication of Derick’s book.” Their source told them that Jim prepares for a major legal battle. In fact, he allegedly hired “five big lawyers.” Well, it sounds like Derick’s not intimidated by that if it’s true. He took aim and fired a shot across TLC’s bows when the new season premiered this week.

Derick suggests live commentary on the fakeness of the show

On social media, Derick said a lot of things about Jim Bob. Firstly, he started by saying that the show brings a fake reality. He also claimed from his own experience they reveal nothing “accurate at all.” He then noted, “Maybe I’ll start a livestream during episodes, critiquing what is really going on in real time.” Plenty of people love that idea. For a long time, many critics of the Duggar family felt something seems off. One fan said to Derick, “you’d probably get better ratings!” Plenty of others agreed they hope for that.

When one complained about seeing so much of Jim Bob, Derick responded to that. After all, 19 Kids & Counting got canceled after the news came that Josh molested his sisters. Counting On supposedly brought the show back from a different angle – the adult children. But more and more, Jim Bob creeps back in. Derick noted that TLC “canceled” it only for political correctness.  But they brought it back because of the money. “Money/ratings trump political correctness, which trumps losing money,” he said.

Some fans talked about why Jill and Derick no longer film. Derick always maintained that they left because Jill felt traumatized by Josh, her brother. Despite that, Jim Bob still wanted her filming. Fed up fans who see more of Jim Bob than they want, hate that he still remains involved. Derick went off about it. He said, “It’s still under his control, and he will attack the victims if they threaten his show.” Derick maintains they got “humiliated and threatened” when they refused.

Then, hammering home his attack on TLC and the Counting On show, he talked about taking down their culture. Derick described his feelings against TLC. He believes they care “more about money and ratings than…the most vulnerable.” Likening it to “Jeff Epstein,” he noted that the wealthy and influential get away with anything. He also feels that way too many similar stories thrive because of an enabling culture.

What do think about Derick Dillard literally likening the show to an abusive culture similar to Jeffrey Epstein? Sound off in the comments below.