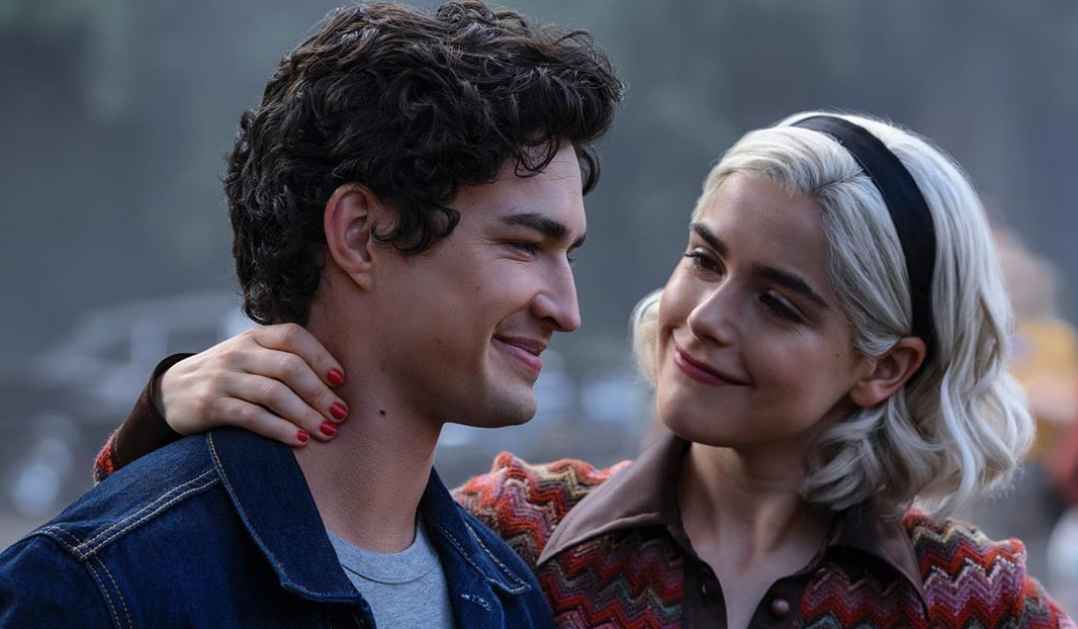 The Netflix series, Chilling Adventures of Sabrina is set to cast one last spell. Netflix made an important announcement on Wednesday. This was to say the final chapter, Part 4, is set to debut later in the year. Showrunner Roberto Aguirre-Sacasa told ET in a statement that working on the show had been an “incredible honor from Day One.”

Watch for Part 4 of Chilling Adventures of Sabrina on Netflix

The showrunner continues by saying working with all the cast has been an “absolute joy.” This is especially so with Kiernan Shipka as the popular teen witch. Aguirre-Sacasa also says how thankful he is to everyone involved in the series. He says they poured “so much love into this dark dream of a show.”

Roberto is also grateful to their partners at Netflix, Archie Comics, Warner Bros. and Berlanti Television. He says this is for allowing them to “tell the story we wanted to tell.” Moreover, they let them tell it the way they wanted to tell it.” He closes by saying they cannot wait for fans to see Part 4.

The following post on the show’s Instagram account gives fans a few teasers into what is to come in Part 4. The images are captioned, “It all comes down to one last Chilling Adventure.” The caption closes with, “Our final chapter is coming later this year. Coven forever.”

It all comes down to one last Chilling Adventure. Our final chapter is coming later this year. Coven forever. 🖤

A post shared by Chilling Adventures of Sabrina (@sabrinanetflix) on Jul 8, 2020 at 5:52pm PDT

Where the story stood in Part 3

At the end of Part 3, Sabrina meets in a tricky situation, due to a magical time paradox. In fact, she becomes two Sabrinas. One Sabrina is living a normal life as a teenager. Meanwhile, the other, not-so-normal Sabrina is ruling hell.

Kiernan joked with ET last year about the storyline, saying “Double the work! Oh No!” However, while she says that was her first reaction, she became really excited about playing the two versions. Shipka says she feels like Sabrina has many varying traits. She had always seen her as “someone who is very dual.” Now she is dual indeed! Kiernan says how much fun it was as an actor, as she feels both Sabrinas are quite different.

these looks put the chill in chilling

Chilling Adventures of Sabrina and the Nick and Sabrina breakup

Shipka says the Nick and Sabrina breakup in Part 3 was “devastating.” Of course, this was also devastating to fans. She says it was a “really, really tough thing to do.” However, Shipka adds that the filming of that scene was, in itself, “satisfying.”

Gavin Leatherwood, who plays Nick, said while it hurt, it was a good challenge for them both. He says when you see crew members “sniffling” over the scene, it makes you realize you have done your job. While it is hard to see Nick and Sabrina separate, Gavin believes it is essential for that particular moment in the show.

The cast has already warned fans that things will get pretty dicey for Sabrina and her friends in Part 4. Tati Gabrielle says as far as the characters go, things are going to get out of all their comfort zones. She says their characters have studied magic all their lives. However, what is coming is unlike any other and “terrifies even the hardest of witches such as Prudence.” Tati hints the “end may be coming.”

Kiernan says clearly, Blackwood had cut open the damn egg, adding that the Eldritch terrors are running amok in Greendale.” Shipka adds they are more powerful than even any combined character force.

Watch out for Part 4 of Chilling Adventures of Sabrina later this year. In the meantime, binge Parts 1-3 on Netflix right now.