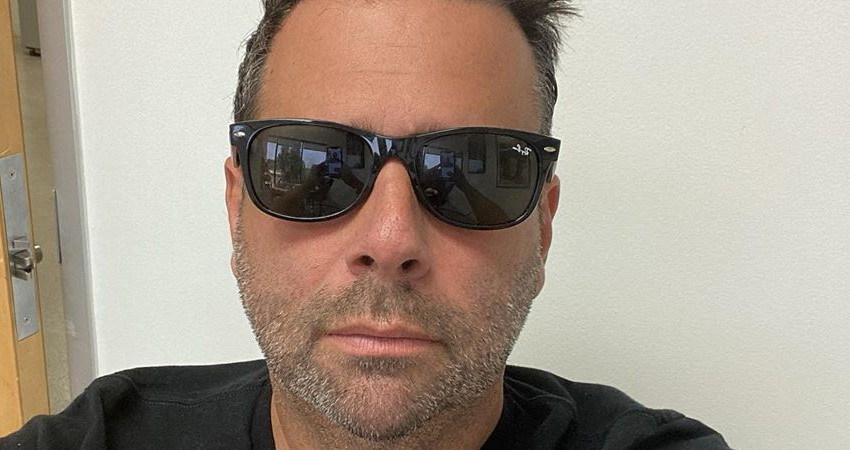 Vanderpump Rules star Randall Emmett is getting trim and fans are taking note. The Hollywood producer is noticeably slimmer in recent photos posted to his social media. He often thanks fans commenting on his weight loss. In a recent post, he confirmed that he’s been “working hard” on getting healthier.

The VPR star is currently in Puerto Rico with Lala Kent. While the couple are enjoying the trip, it’s a working vacation. Randall is making his directorial debut with the movie Midnight in the Switchgrass. Us Weekly reports that the movie is finally filming again after a short hiatus due to the coronavirus pandemic.

The movie stars heavy-hitters such as Bruce Willis and Megan Fox. Rapper-turned-actor Machine Gun Kelly is also starring in the movie. In fact, he recently began a real-life romance with his movie co-star, Megan Fox.

Randall’s photos get very different comments. A recent photo of him and Lala had fans speculating that she was pregnant. She’s wearing a tracksuit in the photo, which is very suspicious to some fans.

Over the July 4th weekend, another photo of the couple got a lot of comments aimed at Randall. Several fans wrote comments about Randall’s visible weight loss. He replied to one fan saying that he’s been “working hard” on getting fit and exercising.

See a comparison from four months ago vs. Fourth of July weekend.

Randall only recently began appearing on Vanderpump Rules. Even though he’s been dating Lala since 2016, it was only on Season 8 that fans got a glimpse of Randall. Before that, no one on the show was allowed to so much as say his name.

As a result, many fans didn’t really know much about Randall, let alone what he looked like. Fans did get hints that he was older and heavyset from VPR’s James Kennedy’s comments. In fact, during fights with Lala, James would often make fun of Randall, specifically his weight.

As a result, fans didn’t know what to expect with Randall showing up for Season 8. However, Randall’s humor and obvious love for Lala quickly made him a fan favorite. His physical appearance didn’t get much attention from fans.

But his recent photos where he’s slimmer are gaining a lot of attention regarding his looks. One fan compared him to a “young Lorenzo Lamas” from Falcon Crest fame.

In addition to winning over fans, Randall won over James Kennedy, as well. The two are close friends a year after Season 8 of Vanderpump Rules. (Season 8 began airing in January, but was filmed during the summer of 2019.)

During the final episode of Season 8, James took Randall aside to personally apologize for his nasty comments. James recently celebrated the one-year mark on his journey to sobriety. His apology to Randall was part of making amends for his drunken behavior.

Randall’s weight loss may have something to do with his upcoming wedding to Lala Kent. The couple were set to marry in April, but had to push their wedding back to sometime this summer.

Check back with us for updates on if/when Vanderpump Rules will return for Season 9.